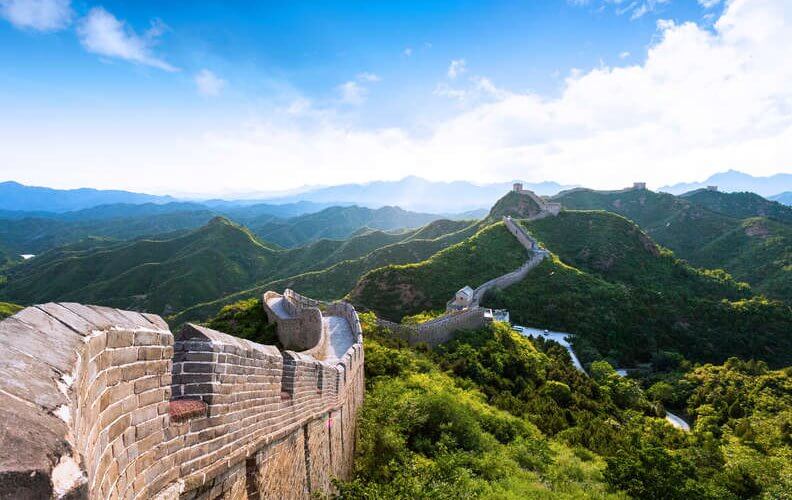 By Kastalia Medrano, and Kristen Adaway

We may all be temporarily grounded, but thanks to the miracles of the internet, we can tour this big beautiful world from pretty much anywhere — with the added bonus of not having to deal with lines and fellow tourists. Virtual tours can take you pretty much anywhere, from distant lands to historic museums to your local zoo. Through them, you can witness eye-popping natural phenomena, explore mountain tops and deep caverns, and tour cities you’ve always dreamed of visiting. And you can do all of this from the couch. Here are our favorite virtual travel experiences right now.

Take a virtual trip across Japan

Bummed that your Olympic dreams are on hold? Check out this 360-degree VR movie from the Japan National Tourism Organization, which takes you on a wide-ranging tour of the country that features everything from bamboo forests to sushi making. If for some reason you’re looking to introduce additional chaos to your life right now, you can watch this live feed of Shibuya Crossing, a popular Tokyo “scramble crossing” where pedestrians cross in all directions at once. You might also enjoy this live feed of a Kyoto cat cafe, or this live feed of white storks during hatching season, or this incredibly dope VR footage of port town Mochimune. Feeling like we’re forgetting something … hm. Oh! Cherry blossom live feeds. Lots. Of. Them!

Hike the Great Wall of China

Walking along the Great Wall has been at the top of many “vacation goals” lists for centuries before hashtags were invented. Now, you can take a virtual hike in lieu of actually exerting physical effort. This virtual tour spans six and a half miles of the wall between Jinshanling and Simatai, a stretch known for having some of the most quintessential views in China. Lots of handy educational material to accompany the view, too.

Get a glimpse of the northern lights

The upper reaches of Manitoba are a place where social isolation is kind of just the norm, but there’s a big tradeoff: It’s a prime viewing spot for the Northern Lights. And thanks to the folks at Polar Bears International and Explore.org, you can stream the spectacular natural fireworks showwithout trudging through the snow. In addition to blissing out to the ions dancing around your screen, you can finally learn exactly how they work, too.

Explore the natural wonders of Chile

You can now download Chile 360, a free app that will help you virtually explore wonders from the Torres del Paine to the Atacama Desert to Easter Island. The National Historic Museum of Chile is offering virtual tours, too. And in very excellent news, you can enjoy the European Southern Observatory’s virtual tour of the famed astronomical observatory in Santiago. If you happen to have a VR headset, there’s a whole other world of experience open to you there, but those of us doing this from our cell phones should jump to this link and choose from the VR options that follow — for soothing views of the brightly colored galaxy above, I recommend La Silla.

Google Earth is offering 3D virtual tours of 30 iconic World Heritage Sites. Taj Mahal? Yes. Sphinx? Yup. Stonehenge? Why not! Choose your own adventure. You’ll start with a zoomed-out view of planet Earth, from whence you can click on any of the flagged locations and zoom in from a space-station view to a bird’s-eye one. Or, you can scroll through the list of sites that appears on the right side of your screen — the first one you’ll see is the Pyramid of Khufu in Egypt. Boom, there you are, on the street at the Great Pyramid’s base, right next to the mule carts and tourists.

Step back in time and see ancient Egyptian tombs

It’s not everyday that you get to explore the tombs of Egyptian rulers like Pharoah Ramesses VI and Queen Meresankh III. But thanks to Ministry of Tourism and Antiquities, you can take a virtual tour of museums, sunken monuments, and tombs throughout the Grand Egyptian Museum.

Amilla Fushi Resort in the Maldives

Until we can lay out on the white sands of our favorite beaches again, we can imagine we’re there through 360-degree virtual tours. Float in the crystal clear waters of the Maldives or admire the mountain ranges surrounding Myrtos Beach in Greece. Each beach offers breathtaking views that may just make you forget you’re not actually there soaking up the sun.

Plus all your favorite national parks

Google Earth is also offering 3D virtual tours of 31 national parks, from Acadia to Zion.The process here is similar to the way you explore World Heritage Sites, although for this one the flagged locations you’ll see from “space” do have nice lil photos of the respective parks instead of just that orange dropped-pin thing. Choose from there or from the list on the righthand side of the screen, and you’ll be promptly zoomed down into the park of your choice like one of those 3D IMAX movies. From there, scroll around the screen to get a panoramic view of where you should be planning your next big road trip in 2021.

Check out these Google Arts & Culture tours of museums like the Van Gogh Museum, the Smithsonian National Portrait Gallery, and the Louvre, finally representing a chance to see the Mona Lisa up close and personal without getting bumped around by throngs of fellow tourists. Each tour is a little different — try using Google Street View to explore a luxuriously empty Guggenheim, or scroll your way through a digital timeline of events at the British Museum.

Dive deep into the world’s most mysterious caverns

There are so many attractions and sights to see around the world above ground, but a trip underground can be just as rewarding. And as a bonus, now you can do it without fear of being mauled by bats. Explore ancient caves like the Carlsbad Caverns, Luray Caverns, and Chauvet Cave, which has Daisy Ridley as your tour guide. May the Force be with you.

Here’s a fabulous 360-degree VR tour of Jerusalem’s Old City. The Israel Museum has a virtual tourof its own, with some interactive activities for younger kids, too. You can also take a VR tour of the Church of Saint Anne here, along with a variety of Jerusalem holy sites here. Moving on to Tel Aviv, you can check out live broadcast tours from the Tel Aviv Museum of Art here, and 360-degree VR tours of the city itself here.

See Mount Everest from a helicopter

Getting up close and personal with the world’s tallest mountain generally involves a lifetime of training, and that’s before you factor getting there. This tour, courtesy of Discovery, takes you on the journey of helicopter rescue pilots through Mount Everest, making for the most low-stakes way to take the dangerous trek imaginable.

Hit the ski slopes of Canada

Warmer months are coming soon, but Lake Louise Ski Resort in Alberta, Canada is here to extend your winter with a trip down powdery slopes from the comfort of your home. Travel Alberta offers a 360 tour featuring breathtaking views of snow-covered mountains and trees. Make sure you watch in 4k for the best quality, and feel free to watch next to an open freezer for maximum effect.

Look at this thing go! If you have 15 minutes to spare, which I know a lot of you do, I very much encourage you to spend them watching the conductors-eye-view of this steam train barrel through the highest-elevation station on the Norwegian rail network.

Get a close-up view of Niagara Falls

Niagara Falls is one of the most visited natural wonders in North America, but usually getting close to them involves wading through a sea of tourists wearing garbage-bag ponchos… and that’s after you’ve traversed the tourist trap-laden streets to get there. A digital experience means you skip the crowds and it guarantees you get the best views, whether you’re gazing at them from a cruise ship, or while virtually ziplining alongside the American and Canadian Horseshoe Falls.

MORE: While you’re there, take a look at why Buffalo, New York should be on your to-do list

Get an astronaut’s-eye view of Earth

Cue up the Bowie and get ready for lift off with actual astronauts in National Geographic’s first ever3D virtual reality experience filmed in space. You’ll see Earth how you’ve probably never seen it before, all while zipping around it at 17,000 miles per hour. If you get a little spacesick, adjust your view and get a cool look at what an actual spaceship looks like.

Journey through a South African safari in Kruger National Park

Offering a rare chance to get close to lions, and tigers, and bears without those pesky mosquito nets or Netflix documentary crews trying to get you to admit to killing your spouse, this experience brings a full-blown safari into your home. Kruger National Park is one of Africa’s largest animal reserves and without having to book a flight, you can ride through it and observe rhinos, giraffes, and antelopes here.

Take the scenic route through Switzerland

Do a brief scroll through any travel account on Instagram and it’s likely you’ll see at least one photo of Switzerland’s striking mountain ranges and distinct architecture. With this virtual Grand Train tour of Switzerland, you may even be able to feel the crispness of the air at higher altitudes.

Visit some of Seattle’s biggest attractions

At home with your kids? Take them on a virtual field trip to the Woodland Park Zoo, where in addition to watching the critters on the Zoo Webcam live stream you’ll find a hub of educational activities that’s being updated weekly. The Seattle Art Museum is featuring exhibits on its Stay Home with SAM blog, and the Museum of Flight has a virtual 3D self-guided tour that even takes you inside the cockpits of various aircraft.

There’s something so calming about watching animals casually mind their business and interact with each other. If you need to forget that you’re a human for a little while, many aquariums have livestreams and pre-recorded streams available. Monterey Bay Aquarium in California currently offers live cams of critters like turtles, sharks, penguins, and sea otters, while the Seattle Aquarium has you covered with their Harbor Seal Cams. The National Aquarium in Baltimore also offers live streams of exhibits featuring sea creatures such as jellyfish and stingrays. Then hit up Seamless for a little sushi, in case you’re being morbid/want a theme for the day.

YouTube offers so much more than videos of people getting hit in the crotch and/or opening boxes. In fact, it’s practically bursting at the digital seams with excellent travel shows. Want to vicariously live a life at sea with a young adventurous family? There’s a channel for that. Want to follow a young Brit as he tries to visit every single country? Take a peek behind the former Iron Curtain to see what’s poppin’ in post-Soviet Europe? Just chill on a beach while folks tell you what to eat when you can finally visit yourself? YouTube is basically the world’s most robust digital travelogue library. Start your digital journey and dream big with our favorite channels here.

Sign up here for our daily Thrillist email, get Next Flight Out for more travel coverage, and subscribe here for our YouTube channel to get your fix of the best in food/drink/fun.