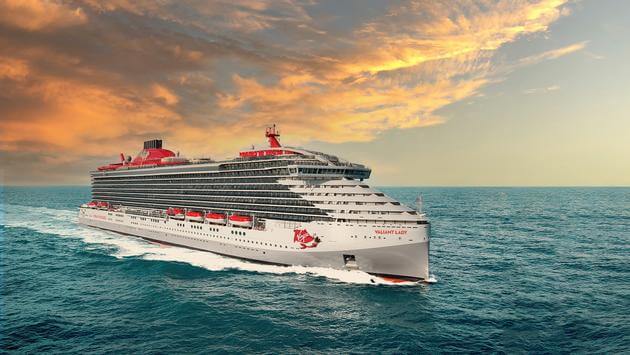 WHY IT RATES: Virgin Voyages is increasing the number of sales managers in the field by 55 percent. — Patrick Clarke, TravelPulse Senior Editor

Virgin Voyages, the newest ocean cruise line marked by its fiery red funnel and founded by billionaire Sir Richard Branson, is expanding its sales footprint in North America. Exponential, triple-digit growth in bookings and the sunsetting of the CDC’s voluntary Program for Cruise Ships are signaling that the industry is rebounding to pre-pandemic levels. To continue driving momentum for the new brand, Virgin Voyages is expanding its sales & support teams in North America and promoting key individuals to elevated roles.

Always striving to be “brilliant to do business with,” Virgin Voyages is growing its Brilliant Support team by 150 percent. Based at the brand’s headquarters in Plantation, Fl, these additional team members will support First Mates (Virgin Voyages’ cheeky term for travel advisors). A champion for any First Mate needs, Brilliant Support can help agents with securing commissions (16 percent and no NCFs), registering advisors for the award-winning Seacademy – the brand’s educational sales platform – creating a login and signing up for FirstMates.com, and setting up Circles (aka groups).

Virgin Voyages is also increasing the number of sales managers in the field by 55 percent as well as establishing a dedicated sales manager based in Canada. The company is also doubling its team in South Florida and adding representatives in the Carolinas and Tennessee (to be based in Charlotte) and in eastern Pennsylvania, northern New Jersey and Ohio (to be based in Newark or Philadelphia). Announced earlier this year, Virgin Voyages has also started partnering with advisors in Puerto Rico ahead of Valiant Lady’s itineraries to San Juan starting in November.

“In just one year, Virgin Voyages has launched two ships and built an incredible brand that offers an unparalleled experience that First Mates and their clients can get excited about,” said John Diorio, Vice President of North American Sales. “Growing our sales presence into new North American markets is the next natural step, and I’m eager to see our Sales Crew thrive in these elevated roles and engage with new and existing First Mates.”

Currently nominated for six Travvy Awards and having been named one of the best mega-ship ocean cruise lines in Travel + Leisure’s 2022 World’s Best Awards, Virgin Voyages continues to push the bounds of cruise travel. Scarlet Lady celebrated its first year of operations in early August but now the brand is looking ahead. Valiant Lady will reposition to sunny South Florida this fall while Resilient Lady gears up for her MerMaiden sailing next May from Athens. Brilliant Lady, the brand’s fourth ship, is also set to debut at the end of 2023 with itineraries soon to be announced.

For more information on Virgin Voyages or to sign up for the First Mates program, swim on over to FirstMates.com.