Victory gets a second newbuild, Ocean Discoverer, for Alaska 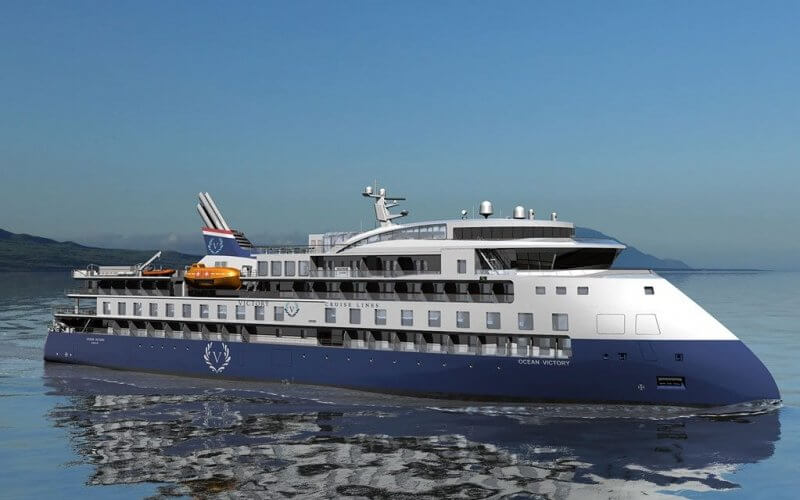 This will become the fourth ship sailing for Victory, a brand operated by American Queen Steamboat Co. (AQSC).

The 200-passenger Ocean Discoverer is being built in China by SunStone Ships for delivery in September 2022 and will join Ocean Victory in Alaska in 2023. Ocean Discoverer will debut with the Discover Beyond Alaska Expedition Adventure Cruise itineraries, currently available for booking on board Ocean Victory.

John Waggoner, founder and CEO, AQSC, welcomed the expansion of Victory Cruise Lines’ experiences following the success of the brand’s inaugural season in the Great Lakes, the Canadian Maritimes and New England.

Like sister Ocean Victory, set for delivery to SunStone this year, Ocean Discovery is part of the Infinity class of expedition ships under construction at China Merchants Heavy Industries.

The 8,500gt, 104.4-meter/342.5-foot vessels each have 93 suites, 68 with balconies, nine with French balconies and 16 with panoramic windows. Each ship has two restaurants, an open-deck dining area, observation and lecture lounges, piano bar, library, gym, spa, pool, pool bar and Jacuzzi. And 100 crew will serve each vessel.

Victory plans immersive shore excursions led by marine biologists, scientists and naturalists throughout the 12- to 13-day expedition voyages. Featured on the expedition team are scientists from the Department of Marine Biology at California Polytechnic State University, through a partnership with the line. A fleet of kayaks and Zodiacs will facilitate exploration.

The Infinity-class ships have Ulstein’s patented X-BOW design for a smoother ride and reduced noise and vibration. Rolls-Royce zero-speed stabilizers reduce rolling and a dynamic positioning system eliminates the need for anchors in sensitive areas.