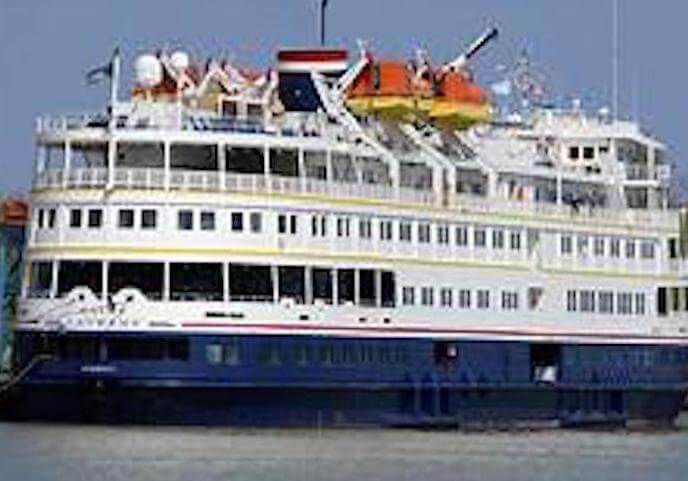 Victory Cruise Lines announced its 2020 itineraries for the Victory I and Victory II as part of the company’s commitment to small-ship cruising on the Great Lakes, as well as the North American and Canadian coasts. Operated by American Queen Steamboat Company, the 202-guest Victory I and Victory II will offer six new itineraries, in addition to its Splendor of the Great Lakes (Chicago to Toronto) and Canadian Crown Jewels (Montreal to Boston) voyages unveiled during the 2019 inaugural season. These new cruises will explore the North American coastline, providing an upscale cruising experience featuring top service, locally sourced cuisine, educational enrichment and lectures.

“Our team was thrilled with the 2019 itineraries and is proud to have expanded those offerings with the new 2020 itineraries,” said John Waggoner, American Queen Steamboat Company’s chairman and CEO. “We look forward to welcoming both new and returning cruisers to experience the grandeur of the Great Lakes and to exceed their expectations with an exciting new season.”

North America’s Coastal Connection on Victory I or Victory II: Port Colborne (Niagara Falls), Ontario to Chicago. A nine-day itinerary that begins in Niagara Falls and travels to Detroit, Green Bay and Chicago, as well as Mackinac Island on Lake Huron.

St. Lawrence Seaway Exploration on board Victory I: Halifax, Nova Scotia to Buffalo, N.Y. Guests begin their journey with a pre-cruise overnight in Halifax before departing on an 11-day voyage through the Strait of Canso, the St. Lawrence Seaway and Ontario’s Thousand Islands. Ports of call include Charlottetown, Prince Edward Island; Québec City and Montreal; Port Colborne (Niagara Falls), Ontario and concluding in Buffalo, N.Y.

Masterpieces of the Great Lakes on board Victory I: Chicago to Hamilton, Ontario. This nine-day journey begins in Chicago, descending into Lake Michigan visiting the Port of Muskegon, continuing to Lake Huron stopping at Mackinac Island, and then Lake Erie for Detroit, Cleveland and Port Colborne (Niagara Falls), disembarking in Hamilton, Ontario.

Provincial Passage to New England on board Victory I: Hamilton (Niagara Falls), Ontario to Boston. This 13-day journey begins with a pre-cruise stay in Niagara Falls, then departing from Hamilton, Ontario; guests will sail through Ontario’s Thousand Islands, continue on the St. Lawrence Seaway, with ports of call in Montreal and Québec City; Charlottetown, Prince Edward Island; Halifax, Nova Scotia; Portland, Maine, and ending in Boston.