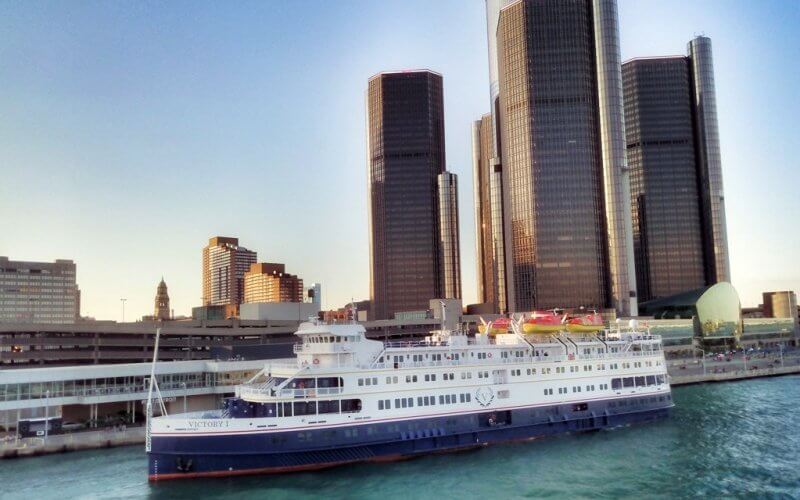 The Victory II launches service from Boston in May for the Bruce Nierenberg-led Victory Cruise Lines brand, joining the Victory I.

“We were running at over 90 percent (occupancy) on the first ship, and had really just started. That is a good indication of the market,” said Nierenberg, president and CEO.

The company has already acquired the ship, and a winter refit in Northern Europe is scheduled. The vessel sails its inaugural cruise from Boston in May and later joins the Victory I for the peak summer season in the Great Lakes.

The Victory I will offer a summer program highlighted by the line’s trademark Toronto to Chicago program while the Victory II will mix things up with more itinerary and deployment options.

A new cruise terminal in Detroit will be the base for a handful of cruises, including a Detroit to Milwaukee program.

“We are featuring ports in Wisconsin, people just don’t go there and it has some of the more gorgeous places,” Nierenberg added.

From Milwaukee the ship will head north into Lake Superior and through the Soo Locks.

There port calls will include Marquette and Duluth, among others, while the line turns around in Thunder Bay, providing complimentary air.

Continued Nierenberg: “These ships were built for coastal cruising. The Great Lakes are hot, and the big ships can’t get in. We don’t have these monsters coming after us with low rates and high volume vessels. It’s our core market in the summer, and we can run that from May through October successfully.”

Next winter the Victory I heads back to Cuba, where she offers overnight stays in all ports.

Catering to baby boomers and the mature market, the cruise program is basically all-inclusive, with no casino and a high level of service, with Nierenberg describing a laid-back atmosphere aboard.

“If you can find markets like (the Great Lakes) and cater to the mature customers, they are going to dominate the market,” Nierenberg noted.