US Cruise Companies Hope to Start Operations as Early as June 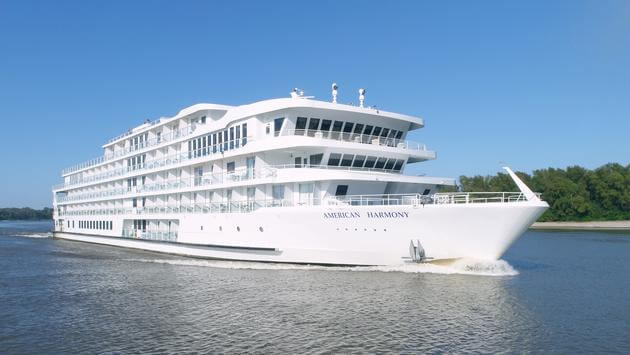 Some U.S.-flag cruise companies are tentatively planning to begin operating next month since their small ships are exempt from the no-sail order issued by the Centers for Disease Control and Prevention (CDC) to halt the spread of Covid-19.

“The CDC order really is not targeted to lines with ships of our size and just operate in the U.S.,” said Charles B. Robertson, president and CEO of American Cruise Lines. “It is specifically for vessels with 250 or more souls on board,” passengers and crew in total.

The CDC no-sail order is in effect until July 24 or until the COVID-19 pandemic is deemed over. American Cruise Lines is looking at a June 20 startup.

“That’s very much dependent on how the situation evolves over next few weeks. If the virus tapers off, we hope it will be the June 20 date. If the virus is still spreading, we’ll of course continue to suspend our operations,” Robertson said in a phone interview.

“It will definitely be a staged approach as we work with the ports and Coast Guard, and on complying with the general CDC order,” he added. “We’re also dealing with public opinion. We want to gradually phase our operation back to full capacity, which will probably take a couple of months.”

American Queen Steamboat Company is looking to resume operating on June 22, 2020, with the American Duchess paddlewheeler, which has a passenger capacity of 166, a crew of 70 “and can operate with no restrictions,” the company said.

American Queen’s larger ships can reduce capacity to fall under the 250-person limit.

“We’ll voluntarily make a nominal temporary modification to the certificated guest and crew allowances on the American Empress, which at capacity accommodates 221 guests and 88 crew,” John Waggoner, founder and CEO of American Queen, wrote in an email to TravelPulse. “We believe we can adequately meet our anticipated ridership, enhance social distancing on board and remain below the CDC’s 250-person onboard guideline articulated in the March 13 and April 9 CDC orders. As ridership increases on these two vessels, we will launch the American Queen and the American Countess, which will make her debut voyage this summer.”

UnCruise Adventures is hoping to launch operations as early as mid-July. “There’s the law and there’s the marketplace,” UnCruise CEO Dan Blanchard said in a phone interview. “Even though the law may say we are free to operate, the marketplace may not be ready.”

UnCruise operates nine small vessels, the largest of which accommodates up to 90 passengers.

These three small, U.S. cruise companies have joined with four other lines to seek federal relief in the form of loan guarantees and regulatory relief.

“We believe that our U.S. designation, lower capacities and domestic river itineraries are important factors,” Waggoner said. “We employ U.S. citizens, pay U.S. taxes and adhere to U.S. laws, unlike larger, foreign-flagged cruise companies. In addition, our boats are never out of sight of land and with port stops every day, and we have the ability to transport a guest to a U.S. healthcare facility immediately if needed.”

Regardless of what federal assistance is offered, Waggoner said American Queen will weather the pandemic.

Robertson said American Cruise Lines has withdrawn its application for any kind of small-business or paycheck protection loans.

“We’re planning to not utilize the stimulus funding,” he said. “We support the U.S. flag industry and are part of this coalition of U.S. flag lines. … We’ve run models out if we start operating June 20 or Aug. 1 or if we’re not operating at all this year, and in any of those scenarios we’re confident in our position,” Robertson said. “We’ve always kept a strict level of financial discipline, and that’s gotten us through other economic downturns in 2001 and 2008. We’re confident that will get us through this one as well.”

The coalition’s other goal also is to emphasize how the U.S.-flag companies differ from the foreign-incorporated cruise lines operating foreign-flagged mega-ships that have grabbed headlines over the past months.

“Our whole effort is we have to be known separately,” Blanchard said. “We are U.S. crewed, U.S.-flagged, U.S.-built and operating in U.S. waters.”