Travel Industry Reflects on a Year Without Cruising 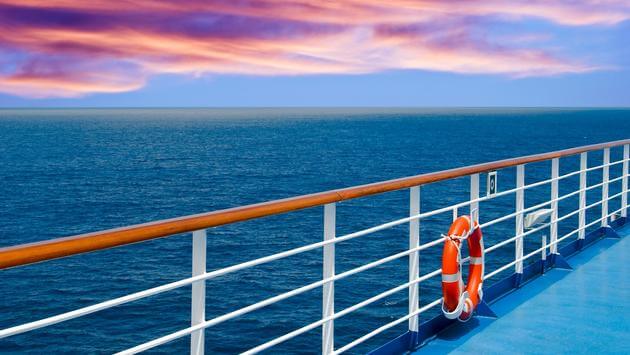 As the world slowly came to grips with the spreading coronavirus pandemic early last year and as offices closed and people sheltered in place, the cruise industry ground to a halt on March 14.

At first, many thought the industry would shut down for a month, maybe two. It’s now been an unthinkable year – and stretching into a year-and-a-half with many cruises canceled into the summer and a ban on cruising in Canadian waters – that no one saw coming.

“Looking back on the unprecedented year we’ve had in cruising – or rather, the year without cruising – is such a medley of emotions,” said Windstar Cruises President Chris Prelog. “I’ve worked in the industry for more than 20 years, and there’s never been a year that I didn’t set foot on a ship or into the home office. I truly miss the personal connection across our fleet, the cruising family, and our team here in Seattle.”TRENDING NOWCruise Trends

John Heald, the brand ambassador of Carnival Cruise Line who has a major following on Facebook, also looked back with sadness.

“It’s hard to believe that it’s been almost a year since our ships have sailed,” he said. “It’s the longest time in my 33 years with Carnival that I have not been on board and I must admit … I don’t like it. But I’m gratified by the enormous level of support from our fans. We’ve got thousands of people signing onto my Facebook page every week to check in and talk about how much they miss cruising. One thing I know for sure is that our unique brand of fun will be back, and our guests cannot wait for that day to happen.”

“The past year has been one of the most challenging ever in our industry as we’ve faced a year of non-operation, changes in workforce, changes in day-to-day operations both ship- and shoreside, changes in our distribution network, and, most importantly, seeing the impact that all this has had on people,” said Gus Antorcha, president of Holland America Line. “The heart and dedication of this industry and those that work with us is amazing. We’ve literally moved mountains in the past year on several fronts and, yet, we still have some hills to go. But one thing that is true now, more than ever, is that we will return and be a much stronger brand and, I believe, industry when ships begin sailing again. With current trends and vaccination, I’d like to think we are at the beginning of the end. I am encouraged by the support and feedback from our travel advisory partners and from our loyal guests as to the future of cruising and its continued popularity.”

“There were, of course, financial setbacks and the resulting difficult decisions to make, operational changes to weigh, and the confusion of not knowing when we will be sailing again,” he said. “But Windstar has received and continues to receive great support from our ownership and parent company, making it easier to navigate a very complex and ambiguous time.”

One of the most difficult aspects of the shutdown was when ships with COVID-19-infected passengers and crew members were turned away from ports. And when the ships did find a place to dock and disembark passengers, the cruise lines had to figure out how to return home their crew members, who live all over the world, amid an influx of travel and border restrictions.

“One of the biggest hurdles we faced was getting our crew home safely,” Prelog said. “I think one of the lasting images of the early stages of the pandemic were the larger ships, and their crews, stuck at sea because of the difficulties of porting and transferring the crew home to locations all over the world. It was a logistical puzzle that I hope we as an industry don’t have to attempt again.”

“We ended up using one ship in the fleet to take home all crew from the Caribbean. The Star Pride sailed to two sister ships and picked up the crew, then Star Pride sailed to Europe (Lisbon) with all homebound crew. There we disembarked all crew onto a private charter flight and flew them home to their various countries. In addition, we used Wind Spirit, which was in Asia already, to stop in Indonesia, and we repatriated our crew there. This was a full-service operation which comes from our commitment to look after our family, the crew. The entire Windstar team did a great job all around.”

Despite the devastating year, optimism still abounds. Cruise executives see good work that was done during the shutdown and are looking forward to a return to the seas and rivers. There have been successful cruise operations in Europe, and some U.S.-flagged small ships are able to resume sailing. But the major ocean lines are still diligently working toward approval from the Centers for Disease Control and Prevention (CDC), which issued a framework for a return to cruising on Oct. 30, 2020.

“However, the approval of not one, but two, vaccines in December began to change the way the pandemic was being managed and how the return to cruising might be shaped,” Christine Duffy, president of Carnival Cruise Line, said in a Feb. 25 video update. “Fast forward to February and we now have additional vaccines coming online, including a single-dose solution from Johnson & Johnson.

“Consequently, the goal of getting people vaccinated quickly is the focus. And with the news that vaccines will be widely distributed and available to most Americans starting this spring, there is a growing sense that many of our normal activities, including cruising, will be able to find a secure route to return,” Duffy said.

Harry Sommer, president and CEO of Norwegian Cruise Line, said it is important to reflect on lessons learned but equally important to look ahead.

“During this time, our team members, driven by our Guest First philosophy, have been busy innovating across multiple fronts so that we return to cruising better than ever,” he said. “From employing a science-backed, multi-layered assertive approach to health and safety with our Healthy Sail Panel and Sail Safe Program, to setting the stage for an unprecedented cruise comeback with itineraries for extraordinary journeys, fleetwide enhancements, new entertainment concepts and the much-anticipated launch of our next class of ships, the future looks incredibly bright. More than 350,000 guests have already cruised in Europe and other parts of the world safely and securely in the last few months, vaccines are starting to roll out in a meaningful way … the future looks very promising. We look forward to partnering with our travel advisors to ensure they’re ready to market and book as we get ready for our great cruise comeback.”

There was a time early on in the pandemic when some people wondered if anyone would ever board a cruise ship again. In the months since, we’ve seen record bookings amid a pent-up demand the likes of which we’ve never seen. In late February, Royal Caribbean International said it has compiled a list of 250,000 volunteers eager to sail on test cruises that likely will be required before the CDC gives the approval to resume all operations. Oceania Cruises just recorded its best booking day in its 18-year history on March 3.

“Let’s not forget, cruising is a young industry with tremendous growth potential and has strong value to vacationers, so I remain very optimistic,” Windstar’s Prelog said. “Cruising is about hospitality and service, and it brings people together for a vacation experience unlike any other. I miss those interactions and know that we will get back into the water and be better than ever before. The industry is highly adaptable and used to change by the nature of what we do every day. That’s why I believe cruising will emerge stronger, when it’s safe and healthy to do so.

“We are now working on resumption of operations which involves complex coordination to supply the ships, fly crew to ships around the world, train crew and implement our new Beyond Ordinary Care health and safety plan,” he said. “We are planning to start sailing again in June with a gradual fleet start into July, and we are all feeling very optimistic about that start date.”

“The last year has been challenging, but we have endured well and are more optimistic than ever about our future. We continued building through the pandemic and look forward to welcoming more guests than ever before on personalized explorations of our beautiful country,” said Charles B. Robertson, president and CEO of American Cruise Lines.

Moreover, some lines, including luxury line Silversea, are reporting receiving reservations, not just from loyal clientele as expected, but from travelers new to the brand.

“While 2020 posed unique challenges to those with a passion for traveling, the encouraging response to our new 2022-23 itineraries has affirmed travelers’ enthusiasm for discovering the world,” said Barbara Muckermann, Silversea’s chief marketing officer. “Silversea’s largest itinerary deployment in history – 315 new voyages for 2022-23 – generated renewed interest from travelers, both previous and new guests to Silversea. More than 40 percent of the guest bookings are new to the brand.”

Carnival’s Duffy said the line has 16 ships in U.S. waters “following the CDC requirements so that we will be ready just as soon as we can get back to cruising. And our bookings for 2022 and beyond are very solid and demonstrate the pent-up demand that we know is there for cruising once we can sail again.”