The Design’s the Thing on Seabourn Ovation 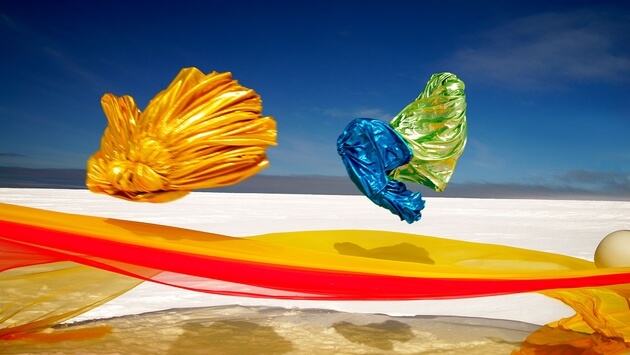 TravelPulse is aboard Seabourn Ovation’s shakedown cruise this week. As the ship makes its way from Genoa to Venice, executives are using the time to describe Seabourn’s mission, vision and approach to service.

“We live in a century of design,” said Tihany.

“A lot of cruise companies are seeking land -based designers these days. They’re all looking for variety and contemporary design. The people that only do cruise ship design tend to be a little less open. They know all the problems in advance. They’re so used to doing things in a certain way,” he added.

Not that he shies away from the challenges of working on a ship. On the contrary, he finds them interesting.

“When they tell me that something can’t be done, it’s like waving red meat in front of a bull. Obviously, there are many more regulations on a cruise ship. The biggest challenge from a design standpoint is the ceiling height. This is the worst enemy of the designer. When you walk around this ship, look at the ceilings. We have many tricks to make people think there are high ceilings,” he said.

On a ship tour, he shows us some of those tricks. They include the clever use of mirrors, skylights, sloping lines and trim applications.

Tihany introduced innovations such as The Square to Seabourn Encore.

“The previous ships had a big box in the middle that contained the services of the concierge. We decided to open up the box, reverse it so that everyone faces out now. This is the hospitality business after all,” said Tihany.

The resulting Square is a multi-purpose area that serves as a concierge and guest services area, library and café. And the café aboard Seabourn Ovation features the first coffee roaster at sea.

The changes from Seabourn Encore to Seabourn Ovation were more evolution than revolution, said Tihany.

“About 90 percent of Encore was so perfect that we didn’t have to change,” he said.

The goal with Ovation was to make it feel like a beautiful private yacht, not like a ship. Materials, such as real mahogany railings and marble bathrooms, help. But, the “wow” factor for Ovation is its atrium and double helix staircases.

“It’s very yachtlike but on a scale that makes you think that it’s grand,” said Tihany.

Tihany’s affiliation with chef Thomas Keller goes back more than two decades. Keller actually enrolled in a restaurant design course Tihany was teaching in New York. Their long history comes into play in the design of The Grill by Thomas Keller aboard the Ovation. From the swivel of the dining room chairs to the distance between booths, design of the serving carts and number of calla lilies in a dining room vase, there’s a back story to every detail.

Other dining venues have their own stories, as well. Tihany’s favorite space on the ship is Sushi, an intimate space with a simple aesthetic and ocean views. And, in The Restaurant, he’s created a main dining room accented with sweeping tree-like lines and stunning Venetian glass fixtures.

“We’re really stepping back and thinking about how we can open up cruising for more luxury travelers. Given Adam’s hotel, resort and restaurant design background, we’re thinking differently. We need to do a better job of competing with land-based destinations and resorts. So, that’s why we say that guests are staying in ocean front suites, not ocean view suites. Ocean front is a higher value to a guest. I truly believe that we have not touched the surface of the very top end of the potential cruise market. It’s all about creating the best resort at sea,” said Meadows.

For his part, Tihany is also busy with plenty of other high-profile projects. He’s also leading a redesign and reimagination of the Space Needle restaurant in Seattle, plus a redesign of multiple spaces of the Breakers Hotel in Palm Beach and many other projects he couldn’t quite mention publicly.

“People keep asking me, what’s the difference between designing on land and at sea. And, I look at them and say, ‘It moves,’” laughs Tihany.