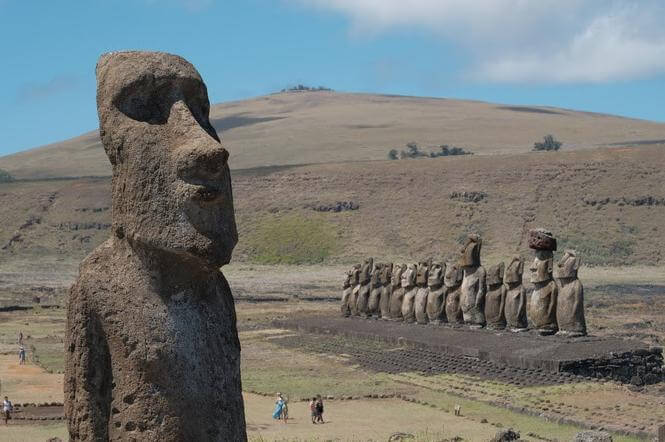 There are few things more relaxing than a deck chair, a good book and a cruise, just as there are few things more inspiring than a good book being the point of a cruise. Conrad Combrink, head of Expeditions for Silversea and architect of its itineraries, is a traveler and a passionate reader. Below, he shares his five favorite books by famous explorers to inspire travelers to follow in their footsteps.

Kon-Tiki: Across the Pacific in a Raft by Thor Heyerdahl: “It’s one of the first books of exploration that I read while working on expedition ships. It is an absolute classic,” said Combrink. In 1947, Thor Heyerdahl voyages from Peru to Polynesia in Kon-Tiki, a balsa raft, to test how winds and currents may have propelled early settlers from South America. This story of resilience and determination follows Heyerdahl as he makes his journey across the Pacific Ocean to the South Pacific. Now, 73 years later, explore the South Pacific aboard Silversea’s Silver Explorer. See the Acadia ship wreckage, which ran aground on Ducie Island in 1881 when the lookout mistook the island for a cloud due to its white beaches. Set foot on the remote and UNESCO World Heritage-designated Henderson atoll (Pitcairn Islands), which is uninhabited, except for four varieties of endemic seabirds. In 1820, a sperm whale rammed into and sank the whaling ship Essex, shipwrecking the crew on Henderson, the inspiration for the story of Moby Dick. Stop in Rurutu (Austral Islands) where a trek to Ana Ae’o cave involves a convoy of the famous “Le Truck,” four-wheel drive vehicles, bamboo-lit flares, and warriors chanting from high in the caves. The island also holds Marae Tararoa, the sacred worship ground of the high chief of Rurutu. Easter Island to Papeete, Tahiti (Nov 17 – Dec 1, 2020), starting at $16,020, www.silversea.com/destinations/cruises-south-pacific-islands/easter-island-to-papeete-e1201117014.html

The Last Viking – The Life of Roald Amundsen by Stephen R. Brown: “Roald Amundsen, for me, embodied the very best strengths of an adventurer: dreamer, pragmatic, dogged determination, perseverance, disciplined, humble, a deep appreciation for learning from other cultures and the importance of group dynamics and cohesion for success,” said Combrink. Norwegian explorer Roald Amundsen navigates through the Northwest and Northeast passages in his exploration of the great white continent. Follow his footsteps with a Silverseas’ Antarctic expedition aboard Silver Cloud. Sail the legendary Drake Passage while observing the distant cliffs of the peninsula known as the “End of the World,” which takes its name from the first ship to brave this passageway in 1902. Traverse the Antarctic Sound, past iceberg slabs broken away from the disintegrating Larsen Ice Shelf, and come face-to-face with stadium-sized islands of ice. Say “hello” to Gentoo, Chinstrap, and Adelie penguins in the South Shetland Islands. Ushuaia to Ushuaia (Dec 1 – 11, 2020), starting at $13,050, www.silversea.com/destinations/antarctica-cruise/ushuaia-to-ushuaia-e4201201010.html.

Safari: Memoir of a Worldwide Travel Pioneer by Geoffrey Kent: “What I love about Safari and Geoffrey Kent is that here is a man that not only set out to explore, but also made exploration for hundreds of thousands of people possible in a way that was previously unimaginable,” said Combrink. Geoffrey Kent’s entrepreneurial beginnings consist of only 100 Kenyan shillings and a battered Land Rover when he pioneers his luxury tent safari business in 1962. Abercrombie & Kent is now one of the world’s premier safari companies. See the unusual collection of German art nouveau architecture surrounded by dessert in Luderitz, Namibia and reflect on the dark history of Shark Island, which was the site of a German concentration camp in 1905-1907. Observe flamingos or take a boat tour in Namibia’s only deep-water harbor, Walvis Bay. Learn about the history of Lobito, a small town in the Benguela Province, and see its restoration after a long period of civil war. The result is a city in search of a new identity, whose natural resources include unspoiled tropical Atlantic beaches, vast national parks and a heritage of Portuguese rule and struggle for independence. Cape Town to Accra (Tema) (March 30 – April 17, 2021), starting at $13,770, www.silversea.com/destinations/africa-indian-ocean-cruise/cape-town-to-accra-wi210330018.html#itinerary-71275.

Where the Sea Breaks Its Back by Corey Ford: “It is interesting that this exploration has gone down in history as successful, since I have rarely read about a voyage with so much poor judgment, bad decisions, and mishandling of many situations,” said Combrink. Georg Steller, a German adventurer, naturalist, and doctor, leads the Russian expedition to Alaska in 1741, following a decade of preparation. Steller’s discoveries include plants and animals named after him such as Steller’s jay, sea eagle, sea cow, sea lion, and the gumboot chiton. Take the shorter route to Alaska (minus the misadventures) aboard the Silver Muse. Marvel at Hubbard Glacier, off the coast of Yakutat, Alaska, the largest glacier in North America, with a calving front that is more than six miles wide. Adventure by land and air with a helicopter “flight-seeing” adventure and a scenic dog sled ride on Norris Glacier. Visit Ketchikan’s Heritage Centre, where a collection of intricately carved totem poles preserve the heritage of the indigenous Tlingit and Haida peoples. Vancouver to Seward (Anchorage, Alaska) (May 20 – May 27, 2021), starting at $4,140, www.silversea.com/destinations/alaska-cruise/vancouver-to-seward-anchorage-sm210520007.html.

The Lost City of Z: A Tale of Deadly Obsession in the Amazon by David Grann: “A terrific adventure story, full of suspense and intrigue, and with lots of historical details to keep those of us who love to explore, and travel deeper, interested. Adding history and geography, together this book will be entertaining as well as educating,” said Combrink. Inspired by the early life of Percy Harrison Fawcett, this book follows Fawcett, his son and his son’s best friend as they embark on a quest to find an ancient civilization in the Amazon. Fawcett’s obsession with discovering the Lost City and his sudden disappearance is one of the great mysteries of 20th century exploration, in what the Los Angeles Times called “the most hazardous and certainly the most spectacular adventure of the kind ever undertaken.” This tale leaves readers craving more excitement, which they can satiate onboard a South American cruise on Silver Dawn (scheduled for delivery in 2021). In Santa Catarina, take a ride above the dense rain forest on the only cable car in the world built to connect two beaches. Witness the “meeting of the rivers” phenomenon in Santarem. This is where the crystal clear waters of the Rio Tapajos flow into the murky brown of the Amazon without merging. Sail down the Rio Negro and spot Caimans (a relative of the alligator) at Janauary Ecological Park in Manaus. Buenos Aires to Manaus (Feb. 9 – March 2, 2022) starting at $7,200, www.silversea.com/destinations/south-america-cruise/buenos-aires-to-manaus-da220209021.html. For more information, visit www.silversea.com.