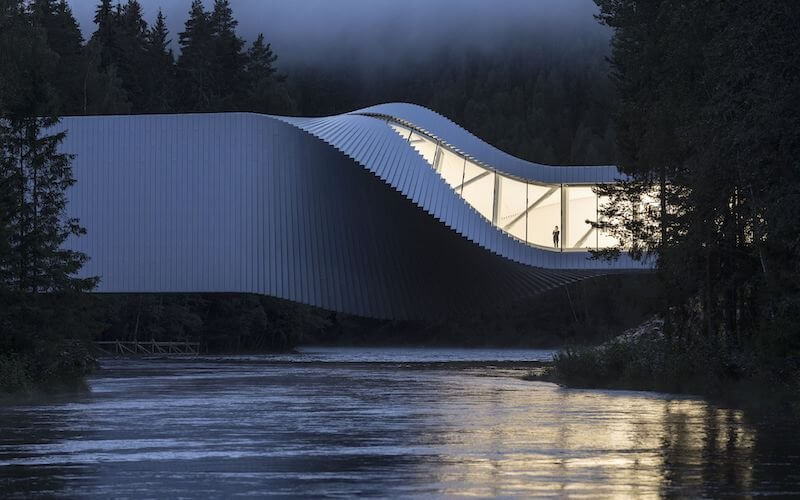 The Port of Oslo has new attractions opening in fall 2021 for the 2022 season, the Port of Oslo Director and CEO Ingvar M. Mathisen and Cruise Manager at Visit Olso Eva Britt Kornfeldt told Cruise Industry News.

In October 2021, the new museum MUNCH will open by Oslo’s waterfront, tailor-made for the world’s largest collection of art by Edvard Munch. The new MUNCH will be the number one destination for experiencing Edvard Munch’s life and art and one of the largest museums in the world dedicated to one single artist, Oslo cruise representatives said.

Later, in 2022, National Museum will open in Oslo, becoming the largest art museum in the Nordic countries.

“Oslo is a popular port both on Norwegian and Baltic cruises in addition to short cruises from the north European homeports,” Mathisen and Kornfeldt said.

By 2030, the city of Oslo aims to reduce its greenhouse gas emission by 95 percent.

“The Port of Oslo will reduce emissions by 85 percent in the same period and become emissions-free over the long term,” Mathisen and Kornfeldt noted.

“Oslo is one of the world’s most climate-conscious and environmentally ambitious port cities,” they added.

Additionally, the Port of Oslo aims to have a shore power facility ready by 2025

“The goal is for international ferry traffic to be emissions-free by 2025, at the quay and when entering and departing the harbor. The use of shore power, combined with battery operation and renewable fuels can help achieve this target. The zero-emissions plan establishes requirements for shore power to cruise ships by 2025,” said Mathisen and Kornfeldt.

According to them, normally, Oslo is among the first – or the last – ports of call on a Norwegian or Baltic itinerary.

“We are at a perfect sailing distance from the big turn-around ports in Germany and Copenhagen. With high capacity at Oslo Airport, we are also well fit to host more turn-around calls in the future,” Mathisen and Kornfeldt said.

In light of the global pandemic, the Port of Oslo, together with other Norwegian ports, have launched PanPorts.no – an online platform that provides a clear and simple overview of the situation in the different ports/destination, and the measures in place at local attractions and with activity providers.

“(T)he structure defines four tiers of contamination scenarios for each port … Implemented measures will also be described for each of the local sites/attractions,” Mathisen and Kornfeldt said.