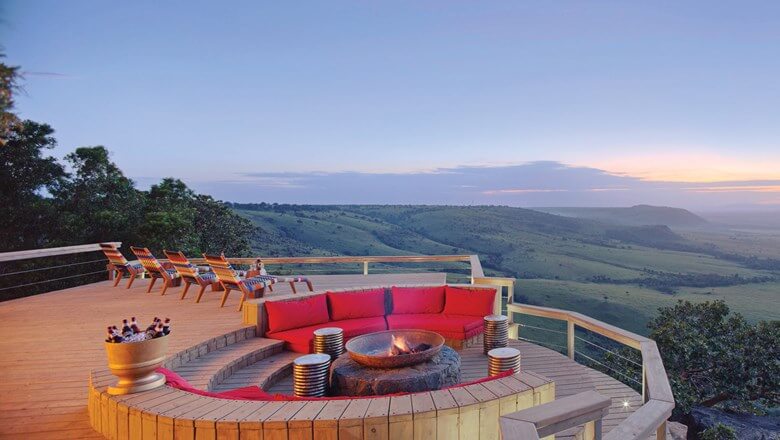 The prospect of playing with, cuddling or even bottle-feeding lion cubs is an attractive draw for many travelers to Africa. However, few tourists realize the devastating consequences of such experiences.

After long years of conservationists campaigning against such hands-on wildlife interactions, the South African government has taken a stance. In a 2018 report titled “Captive Lion Breeding for Hunting in South Africa: Harming or Promoting the Conservation Image of the Country,” the Parliamentary Portfolio Committee on Environment Affairs called for a ban on captive lion breeding.

The travel industry in Africa has also tried to steer travelers away from questionable experiences while at the same time satisfying the growing demand for more active wildlife activities.

“There is something incredible and indescribable about seeing animals in the wild, so we promote the authentic wildlife experience to our clients. Southern and East Africa have such an abundance of reserves and national parks,” Kritzinger said. “There are plenty of experiences that allow clients a more personal interaction with wild animals which are fair trade approved or sustainable.”

Jim Holden, president of Holden Safaris, agreed, saying that while the public is being conditioned that it’s not acceptable to touch wild animals, people on safari are encouraged to assist with conservation activities, such as the dehorning rhinos, contraception of elephants and the relocation of wildlife.

“Under the name of conservation, as opposed to entertainment, interaction with wildlife is OK, and one is seeing offerings of more such safaris,” he said.

Joss Kent, CEO of AndBeyond, explained that participative conservation experiences are strongly emerging as his company and others break down the barriers to what happens behind the scenes. Kent said that although AndBeyond’s Impact Journeys involve animal interaction, these trips are created for research purposes, as well, to create a better life in the wild for the animals.

Captured in Africa’s Paul Tully said the increase in demand for “conservation safaris” has pros and cons, “the positive being the benefits to the animals and/or organization offering such activities as rhino notching [cutting an ear for identification] or lion collaring.”

“The negative is that these activities don’t need to happen that often,” Tully said, “so it’s dangerous to create a demand for these activities that may see unnecessary notching or collaring exercises that only place pressure and stress on the animals.”

Tully added that the demand has migrated toward natural, escape-from-the-crowds safaris where travelers can view animals in their natural habitat.

Holden agreed that in many ways the African lodges’ newer offerings actually consist of getting back to the safaris of old, putting the emphasis on skilled guides to do meaningful game walks and game tracking and spending a day with local people to better understand their culture.

“All in all, we see more education and less simple observation or passive safari,” he said.

Travelers learn about turtle conservation by doing an early morning nest survey and come to understand why it is important for these turtles to survive, breed and ultimately flourish.

Travelers who join the project can assist in fitting elephants with GPS collars. The intention is to safely monitor the elephants to help communities eliminate the threat that these majestic, intelligent and social animals pose to crops and, more importantly, avoid the unnecessary persecution of the highly threatened species.

• Desert-dwelling giraffe conservation: Natural Selection is devoted to the simple premise that safari tourism, when done right, can be an incredibly powerful tool for conserving and protecting Africa’s last great wild places.

One of the company’s projects is desert-dwelling giraffe conservation in Northwest Namibia, a joint venture with the Giraffe Conservation Foundation, Africa’s foremost giraffe-conservation organization. In partnership with the fund, Natural Selection monitors desert giraffes to further understand population dynamics in the most arid reach of this southern giraffe subspecies.

At the recently opened Hoanib Valley Camp, guests have the opportunity to get hands-on with this project and assist researchers. With the help of expert guides at camp, guests photograph giraffes, then identify each and submit their images for data mapping, all essential work in monitoring the local population of a species now listed as “vulnerable” by the International Union for Conservation of Nature.

As the leading nongovernmental organization for wild dog conservation in Zimbabwe, the group already monitors more than six packs of painted dogs on a daily basis across Hwange and employs 60 people from the local villages to run its conservation, education and community outreach programs.

Dean Morton, Wilderness Safaris Zambezi’s operations manager, said, “As more and more of our guests want to know exactly how their journeys are making a positive impact, we have introduced the concept of ‘citizen science,’ giving them the opportunity to actively take part in the research being conducted on the ground.”