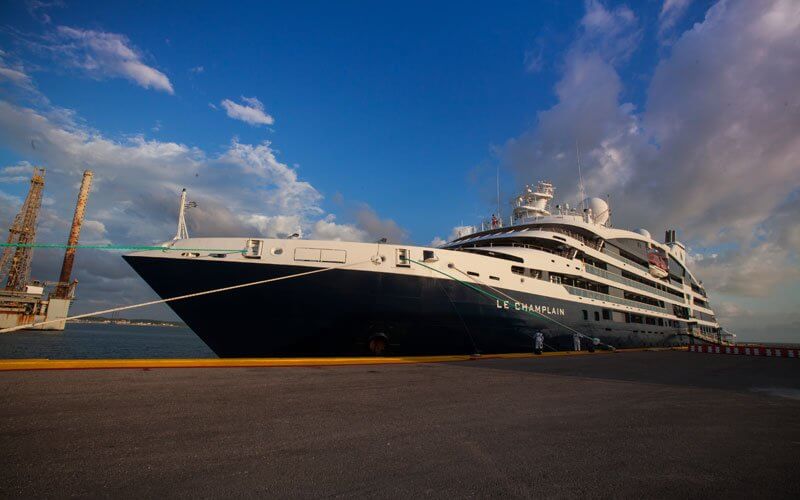 The Mexican state of Campeche, on the western side of the Yucatan Peninsula, is set to reap the benefits of the cruise industry’s expedition and luxury ship boom.

Long a favourite of tourists due to its many attractions, including a large number of Mayan treasures, Campeche has until now missed out on cruise ships owing to the shallow waters of the Bay of Campeche.

On November 4, however, Le Champlain – operated Ponant – made its first call at Seybaplaya, close to the historic walled city of San Francisco de Campeche.

Passengers were warmly received by dancers and examples of the state’s rich culture.

With 153 passengers onboard alongside 109 crew, Le Champlain will also call at Dos Bocas in Tabasco, Progreso in Yucatán and Puerto Morelos, Quintana Roo.

The cruise’s land program includes the ancient Mayan city of Edzna and the colonial fortified city of Campeche, a UNESCO World Heritage site.

The authorities in Campeche now hope that the region will become a favourite destination for cruise market, especially amongst higher income passengers keen to generate a positive impact in the development of local communities.