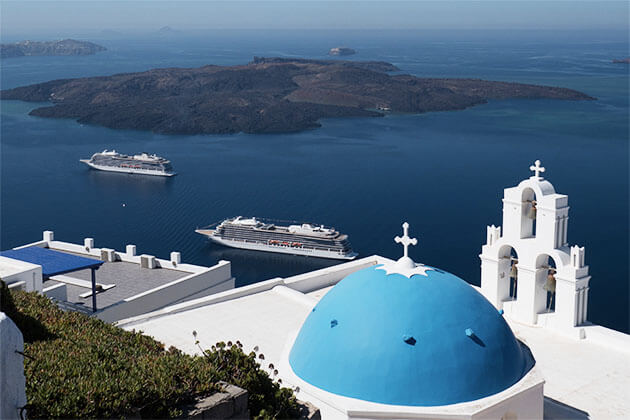 Evolution. It’s a simple word that aptly sums up the state of luxury cruise travel these days. Savvy cruise lines know that they can’t present the same product year after year and hope to keep travelers engaged and motivated to book that next sailing. And they’ve got to bring something new and modern to the table to lure new and younger cruisers. So, as a result, cruise lines are reinventing what luxury means — from small-ship cruising to purpose-built expedition ships, partnerships with industry trendsetters (chefs, wellness advocates and the like), and itinerary curation that introduces passengers to the most vibrant destinations this world has to offer. In 2018, here are the trends we’re seeing in the luxury cruise market and what you can expect on your next high-end voyage.

The majority of luxury cruise experiences take place on small ships, but the latest movement afoot in the industry actually introduces a series of even smaller ships — yachts — to the marketplace. These ships are banking on their small size and personalized service to capture the hearts of high-end cruisers. SeaDream Yacht Club — with its 112-passenger sister ships, SeaDream I and SeaDream II — had been nearly uncontested in this marketplace since its launch in 2002.

However, Crystal Cruises entered the fray in December 2015 with its five-deck, 62-passenger, rebuilt Crystal Esprit. The all-suite ship touts 1.47 crewmembers for every passenger and offers butler service in all cabins; even entry-level accommodations are a spacious 223 square feet. But you won’t spend much time in your suite aboard Crystal Esprit. This yacht was meant for socializing on deck or in the dining room; playing by the marina where you can water ski, snorkel or kayak; and exploring in the ship’s two-man submarine. In development now for a 2020 debut is the 600-foot, 25,000-ton Crystal Endeavor. This purpose-built Polar Class expedition yacht with 100 suites will accommodate 200 passengers and be outfitted with two helicopters, two seven-person submarines, eight Zodiacs plus Jet Skis, wave runners, kayaks, paddleboards, a multi-person ATV, snorkeling and scuba gear, and even a recompression chamber.

While Scenic has been on the river cruise scene for a long time, this Australian company will launch its first yacht, Scenic Eclipse, in 2018, and follow up with a second new-build, Scenic Eclipse II, in 2020. The line is calling Scenic Eclipse “the World’s First Discovery Yacht.” Its inaugural voyage will set sail in the Mediterranean at the end of August 2018, and the maiden season will take the vessel around the world from the Americas to Antarctica, Europe and the Arctic. A crew of 176 will welcome 228 guests in 114 suites. Accommodations start at the 345-square-foot Verandah Suites and range up to the 2,500-square-foot, two-bedroom Penthouse Suite. Everyone gets butler service, a fully stocked mini-bar and 24-hour in-suite dining.

Ritz-Carlton fans are eagerly anticipating the Q4 2019 launch of the first ship in a trio promised by new cruise venture, The Ritz-Carlton Yacht Collection. Each custom-built yacht will accommodate 298 guests across 149 suites — each with a private “terrace,” aka balcony. Top digs include two penthouse suites. The hotelier is designing its yachts in concert with Tillberg Design of Sweden. Cruisers can look forward to pampering at The Ritz-Carlton Spa, and dining will be a delectable experience at a restaurant developed by Sven Elverfeld, the chef at the three-Michelin-starred Aqua restaurant at The Ritz-Carlton, Wolfsburg. Expect itineraries to range from seven to 10 nights in the Mediterranean, Northern Europe, Caribbean and Latin America; reservations open in May 2018. 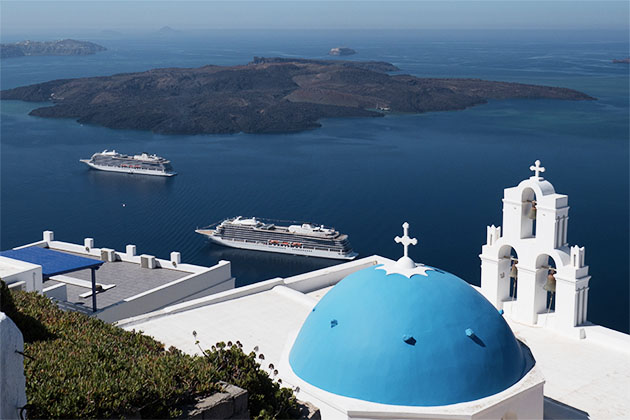 Traditional Luxury Ships Are Getting Bigger

Seabourn’s new flagship, Seabourn Ovation, and sister ship Seabourn Encore are the largest vessels in the fleet, carrying 600 passengers each. Silversea’sflagship Silver Muse accommodates 596 passengers, and 2020’s Silver Moon will do the same. The line is also stretching existing ship Silver Spirit, adding a midsection with brand-new suites and increasing its passenger count from 540 to 608. All of Viking Ocean Cruises ships accommodate 930 cruisers, and the line does not plan to deviate from that design with the new ships they have debuting nearly every year.

These days, if you’re yearning for a smaller ship — one that accommodates 100 to 300 passengers — without going to a yacht, you’re going to need to look to older ships such as Paul Gauguin in the South Pacific; Silversea’s Silver Shadow, Silver Whisper and Silver Wind; or any of Windstar’s six ships.

Existing ships have also undergone makeovers in an attempt to remain competitive with newer vessels. The goal is to boost passenger satisfaction for loyal customers and keep them returning, as well as attract new cruisers to the line. One of the largest luxury cruise ships at sea, the 922-passenger Crystal Symphony underwent a dramatic redesign at the end of 2017, and reduced its passenger count to 848. The update added newly designed penthouse suites, open-seating dining (aimed to lure younger, more laid-back cruisers) and new restaurants. Crystal Serenity undergoes a similar makeover in fall 2018.

Likewise, Silversea’s Silver Whisper and Silver Wind were also recently renovated. Updates range from technical improvements to a significant redesign of public areas that adds some touches reminiscent of the line’s new flagship, Silver Muse. As previously mentioned, Silver Spirit will be stretched and updated with new and revamped dining venues, an enlarged pool deck and updated spa. Regent Seven Seas Cruises recently updated both Seven Seas Voyager and Navigator, and in April 2018, the line will complete a bow-to-stern refurbishment of Seven Seas Mariner. Look for a redesigned pool deck, refreshed public spaces and suites, a completely revamped casino, remodeled library and the addition of the line’s French restaurant, Chartreuse. 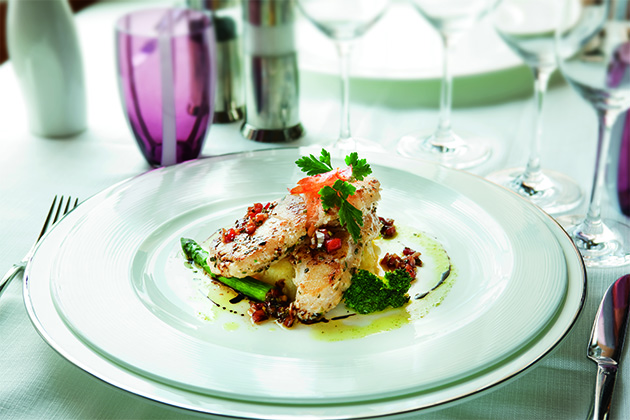 The luxury cruise industry appears to be at a tipping point when it comes to dining. Lines are offering more flexibility and diversity in their dining programs, creating more of a resort vibe than the expected banquet feel. Modernizing food options and working with famed chefs is also helping to draw younger cruisers who have adventurous palates. Ships are updating their restaurants in terms of decor and menus — often expanding choices so there is truly something for everyone.

Crystal Cruises has moved its luxury ships, Symphony and Serenity, to open seating. It’s getting rid of Tastes, its evening tapas venue, and adding a Brazilian churrascaria and a family-style, Chinese comfort-food venue. Silversea’s Silver Muse has gotten rid of the main dining room altogether and instead offers a variety of restaurants — including two with flexible open seating, requiring no reservations — to satiate passenger hunger pains. This model will be rolled out to the lengthened Silver Spirit and new-build Silver Moon.

Seabourn teamed with famed chef Thomas Keller to design a new restaurant and special menu items in its main and casual dinner venues onboard all of its ships. Windstar now offers a culinary program in concert with the James Beard Foundation. And Oceania Cruises just launched a new lunch menu in its main dining rooms; dubbed The Bistro, many of the new dishes were developed by French chef Jacques Pepin.

Expedition cruising has always been expensive, but it hasn’t always been luxurious. That’s all changing as both classic luxury lines and expedition lines are now pairing refined onboard experiences with once-in-a-lifetime experiences on land in some of the world’s most remote locations, such as Antarctica, the Arctic, the backwaters of Borneo and the wilds of Africa.

Silversea’s fleet offers a split of traditional luxury cruise ships with purpose-built expedition vessels. After seeing increased demand across all of its expedition itineraries, the line spent $40 million in 2017 to retrofit one of its original cruise ships, Silver Cloud, and transform it into Silver Cloud Expedition. The ship is now ice-class rated, carries 16 Zodiacs and 10 kayaks for exploration, and has more than 20 naturalists and guides onboard to introduce passengers to destinations across Antarctica, the Arctic, Africa, Northern Europe and South America. Plus, you get the benefit of a luxury setting that includes a butler for every suite, a full-service spa and fine dining options.

To tap into the thirst for experiential voyages, Windstar Cruises is sending Star Legend to Alaska for the first time this summer, offering 12- and 14-night cruise itineraries as well as a five-day, add-on land tour of Denali National Park. A five-person expedition team consisting of geologists, glaciologists and marine biologists will be onboard to provide context to the places visited and the animals spotted at sea and onshore. Cruisers can choose optional off-ship, small-group excursions with the expedition team via the ship’s fleet of Zodiacs and kayaks. These voyages will provide an immersive experience in the Last Frontier.

Seabourn also takes an expedition approach to certain sailings with its Ventures by Seabourn program. Voyages are led by an expedition team that generally includes an historian; several naturalists and Zodiac pilots; a kayak guide, marine biologist, whale expert (where relevant), and researcher; plus expedition leaders, assistants and photographers. You’ll find voyages to Brazil and the Amazon, Norway and its fjords, Alaska and more. One of Seabourn’s most popular options is its Antarctica and Patagonia program, aboard Seabourn Quest. On the White Continent, expect a knowledgeable expedition team, complimentary Zodiac landings each day, onboard digital photography workshops and enrichment lectures.

Watch for Ponant’s four new Explorer-class expedition ships that each accommodate 184 passengers. Le Laperouse launches in June 2018 with a circumnavigation of Iceland, and Le Champlain follows in September 2018. Le Bougainville and Le Kerguelen take their maiden voyages in 2019. These ships will sail the Polar Regions as well as the rest of the world. Even though these are rugged, purpose-built expedition ships, they are designed with luxury touches in mind. The crew — and the cuisine served onboard — is French. Suites are spacious and well appointed, sun decks have a pool, there are a variety of lounges for socializing, and you’ll even find a spa, shop and theater. 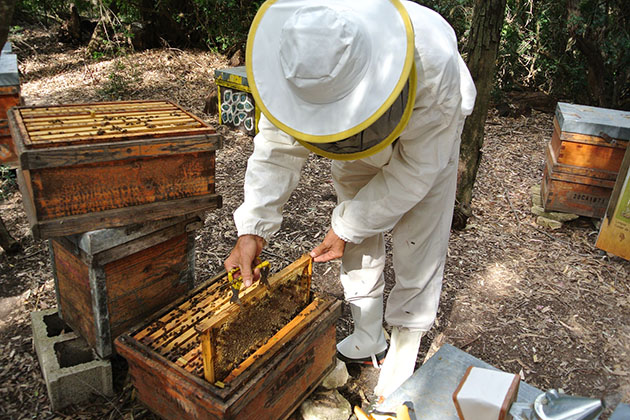 Wellness Is a Big Focus

Luxury cruise lines across the board have become a partner in the health and well-being of their loyal passengers. Oceania Cruises recently unveiled an exciting new vegan menu on the line’s Marina and Riviera, that touts cold-pressed raw juice and vegan smoothies, and there’s an entire line of vegan menus across all the ships in its fleet. Passengers can sample more than 250 dishes at breakfast, lunch and dinner in the Grand Dining Room. It’s also expanding wellness-themed shore excursions inspired by Canyon Ranch. Look for unusual options like a visit with a reflexologist on a rice barge in Bangkok, a harbor cruise and Ayurveda experience in Cochin, India, or a yoga session on a terrace in Taormina, Sicily. Sister cruise line Regent Seven Seas has also revved up its wellness shore tours. Take a tai chi class in a garden courtyard of the Pharo Palace in Marseilles or learn how perfume affects emotions during a visit to the Museum of Palazzo Mocengio in Venice.