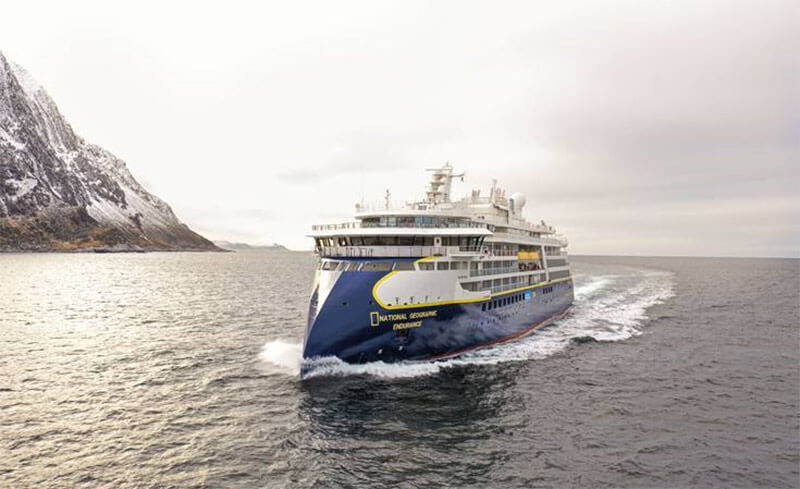 Lindblad Expedition has released a sneak preview of the National Geographic Endurance would have been welcoming guests aboard inaugural voyages this month in the Arctic and beyond.

Lindblad Expeditions Holdings, Inc. took delivery of National Geographic Endurance in March from Ulstein Verft, marking the official completion of the line’s first polar newbuild. Operations are currently paused for the company due to COVID-19.

The company has released a preview of the ship led by Captain Aaron Wood and members of his team —from the Bridge and the Observation Lounge to cabins and suites, to new features like the glass-walled yoga studio, infinity Jacuzzis and the first igloos at sea. View the video here.