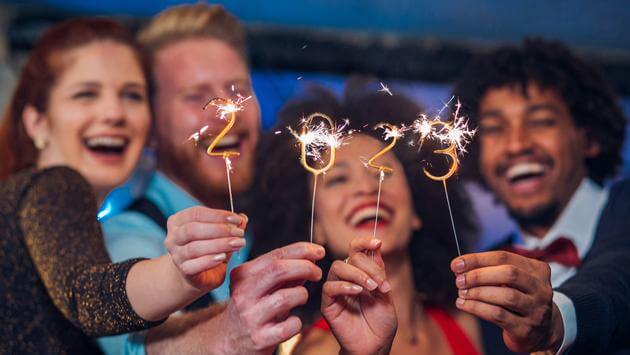 With 2022 coming to a close, online travel agency Kayak has just released its ‘2023 Travel Trends Forecast.’ Through a comprehensive analysis of consumer activity, searches and sales on future travel and experience, Kayak’s report offers data-driven insights into what the coming year holds in store.

The unfortunate news is that travel costs and product pricing are destined to remain inflated as we head into the new year. However, the main takeaway evident from Kayak’s analysis is that U.S. travelers appear intent on seeing the world again, even taking those bucket-list trips, despite the drain on their bank accounts.

That’s right. Continuing 2022’s theme of “revenge travel,” 2023 promises to bring a wave of travelers eager to take those bucket-list trips they’ve been too long denied due to nearly three years’ worth of pandemic-related restrictions.

That’s despite the rising cost of both domestic (up 52 percent YoY) and international (up 29 percent YoY) airfare. While the price of flights from the U.S. will increase across the board, the regions with the smallest price increases seem to be the South Pacific (+3 percent) and Europe (+10 percent).

For the first time, nine of the top 10 highest trending destinations are in the Asia–Pacific region (APAC), reflecting massive pent-up demand for an area of the globe that’s been mostly off-limits amid the COVID crisis.

Listed below are Kayak’s top 10 trending destinations for 2023, along with the year-over-year amount of increase in search volumes for each.

Other key insights into traveler sentiment and behavior heading into 2023 include:

Another ongoing trend is toward last-minute trips, especially for travel to international destinations. Kayak reports that consumers’ search windows for overseas trips have shortened by 11 percent in comparison with 2019. A lingering sense of uncertainty means that no one wants to book too far in advance and risk their plans being derailed by circumstances beyond their control.

When travel’s resurgence really started picking up in 2022, car rental companies all across the country, which had sold off most of their fleets at the start of the pandemic, found themselves faced with massive shortages amid abrupt demand. Kayak’s data shows consumers will find this to be less of a problem in 2023, as car rental searches finally level out. Incidentally, vehicle rental pricing is beginning to dip (-5 percent vs. last year).

Interestingly enough, Kayak’s data shows a strong increase in searches for electric vehicle rentals, indicating that travel sustainability is becoming more of a priority among consumers.

Given how tightly planes are packed these days, the concept of “flying comfortably” may seem oxymoronic. Still, Kayak’s search data indicates that U.S. travelers who really want that extra legroom are 50 percent more likely to spring for Premium Economy or Business Class seating on their next trip, as compared to last year.

Urban Destinations Are In Again

Kayak found that some of next year’s lowest-priced flights are bound for big cities like New York, Chicago, Austin and Atlanta. Kayak analysts recommend that travelers interested in an urban escape book sooner rather than later to get a good deal, as airfare prices in the U.S. are expected to rise steadily throughout 2023.

They also advise flying on Thursdays or Fridays if you’re looking to keep costs down, as Kayak’s historical data shows that the lowest fare prices can be found for flights departing on either of those days.