Inside the new crop of cruises exploring South Africa 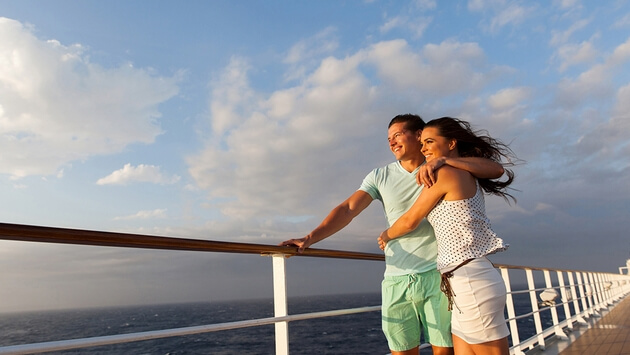 Safari by sea: Inside the new crop of cruises that let you explore South Africa 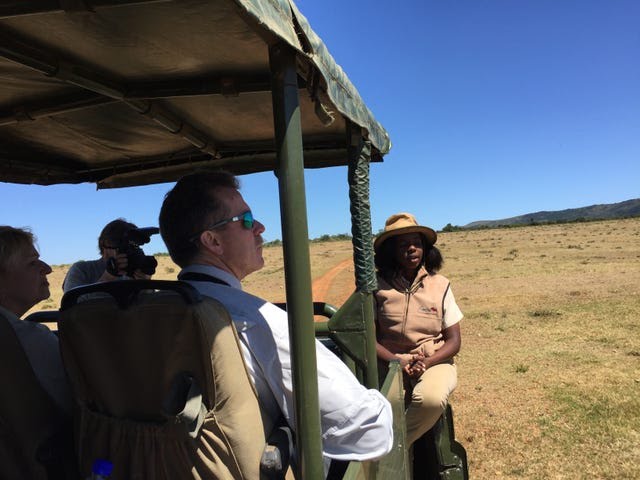 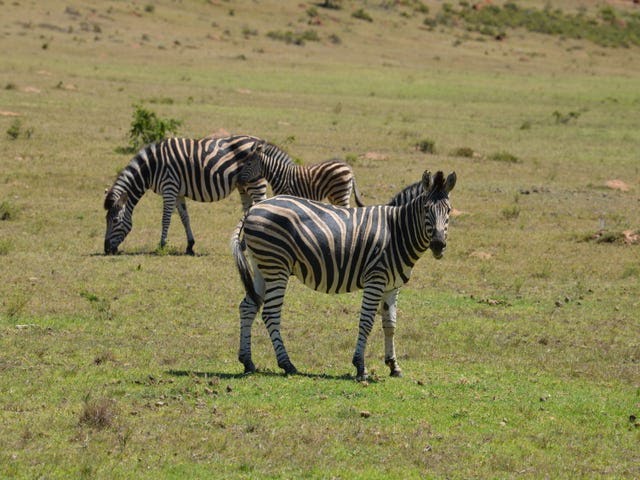 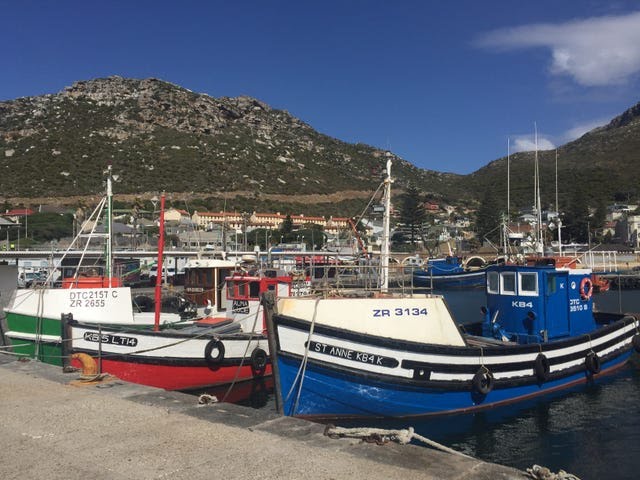 HLUHLUWE, South Africa — “Everybody back in the vehicles!”

Ron Schlossberg and nearly a dozen fellow passengers from the luxury ship Crystal Symphony are standing around a fold-up bar in the South African bush when the cry goes out. Two lions are approaching. 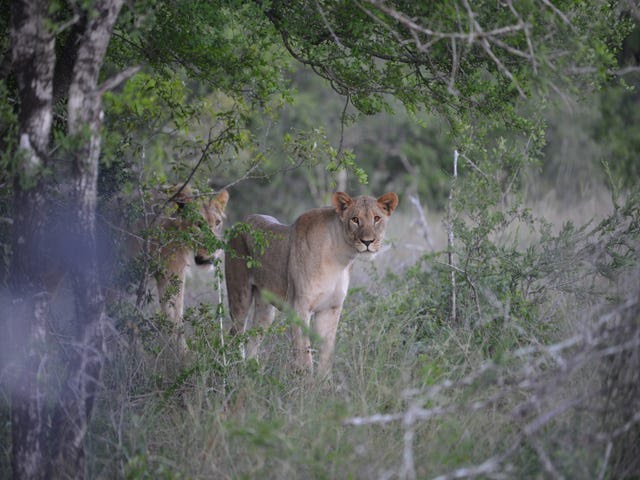 Crystal Symphony passengers stopping for sunset cocktails in the bush at the Phinda Private Game Reserve get a surprise when two lions approach the area.
Gene Sloan, USA TODAY

Scrambling back to the safety of their souped-up Toyota Land Cruisers, they watch as one of the big cats closes to within 30 feet. It then plops down directly across from the spot where just moments before they were having end-of-day cocktails.

“It’s been a wonderful marriage,” Schlossberg, 75, jokes to his wife, Judy, as the deadly creature gives the group an extended stare.

Assured by his ranger guide that the lion poses no danger, the semi-retired business owner from Avon, Conn. doesn’t seem convinced.

“I’d feel better if it was stuffed,” he quips.

Welcome to the new era of South Africa cruise adventures. Schlossberg and his companions are on a two-night safari at South Africa’s famed Phinda Private Game Reserve — home to lions, elephants, giraffes and other iconic African wildlife. They’re also in the midst of a two-week Crystal Cruises voyage that has South Africa as its focus. 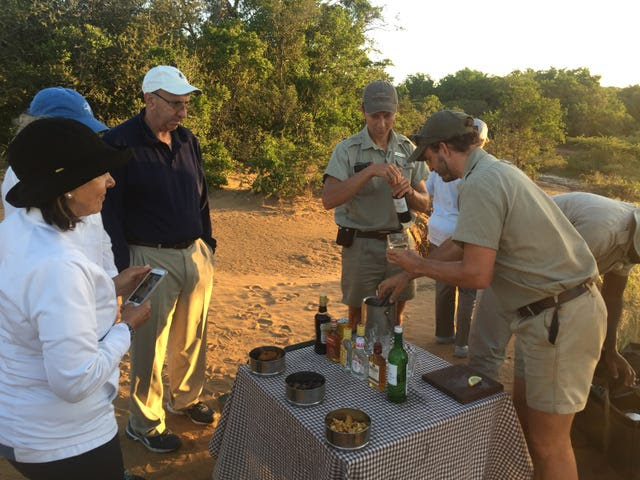 Crystal Symphony passengers end a day of exploring at the Phinda Private Game Reserve with cocktails in the bush.
Gene Sloan, USA TODAY

Crystal is one of a growing number of lines touting extended sailings along the South Africa coast that offer the chance to see the country’s wild lands in depth via multiple, multi-day overland excursions. More than half a dozen other cruise operators including Cunard, Seabourn and Oceania also have scheduled South Africa voyages with multi-day excursions over the coming year.

Taking place from November through April, the cruises let vacationers explore the length of South Africa — one of the African continent’s top spots for wildlife viewing — without the hassle of moving from hotel to hotel or lodge to lodge.

“It’s a dream come true,” says Maida Hastings, a 75-year-old retiree from Pacific Palisades, Calif. who also is on the two-night Phinda safari along with her 88-year-old husband.

Pausing to talk after a sighting of a white rhinoceros, one of Africa’s “big five” game animals, Hastings suggests it would have been tough for the couple to do a traditional land-based tour of South Africa. 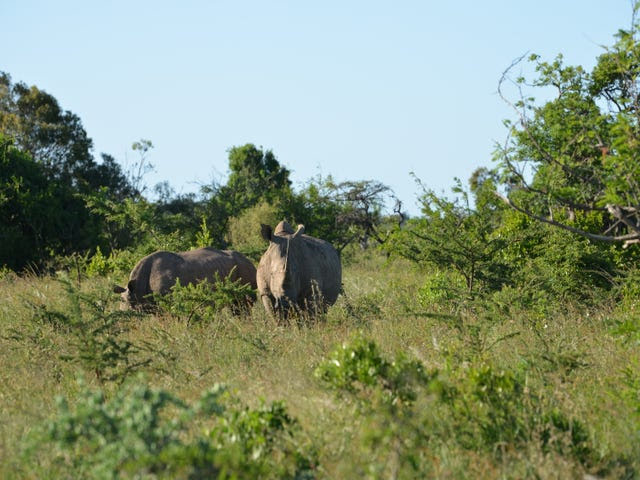 “Being able to return to the ship (after outings) makes it easy and comfortable for us,” she says.

Passengers on Symphony also can sign up for day trips to game reserves from all five of the South African ports the ship visits. In addition to Durban, Cape Town and Port Elizabeth, the vessel stops at Mossel Bay and Richards Bay. 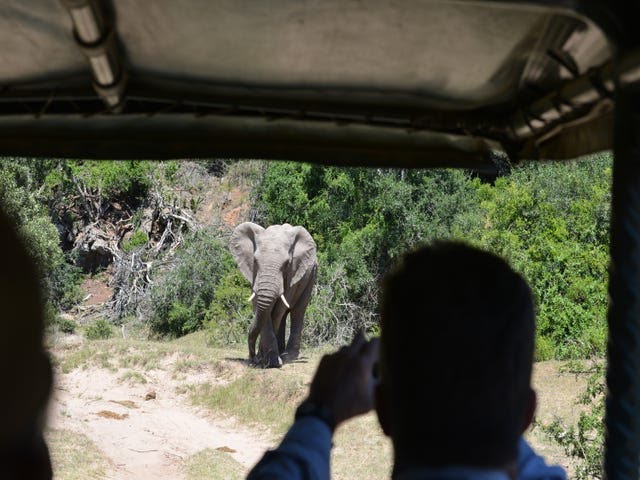 A Crystal Symphony passengers snaps a photo of an elephant at the Pumba Private Game Reserve.
Gene Sloan, USA TODAY

In just three hours of bouncing around the reserve in Land Rover Defenders with guides, Snook and more than 40 fellow Symphony passengers see hundreds of animals including lions, rhinoceros, zebra, giraffe and elephants.

Dubbed Jewels of the Indian Ocean, the Symphony sailing also includes a day stop at Maputo, Mozambique. Passengers visit a small waterfront fort that once housed Portuguese soldiers and the city’s central train station, designed by Gustav Eiffel of Eiffel Tower fame. The lush, volcanic French island of Reunion to the east of the African mainland also is on the itinerary. The trip ends at the Indian Ocean island of Mauritius.

Still, South Africa is the focus of the voyage. Symphony spends two full days in Cape Town, South Africa’s coastal gem, allowing time for tours to the rugged Cape of Good Hope — the most southwestern point of the African continent. There’s also an overnight stay in Durban. 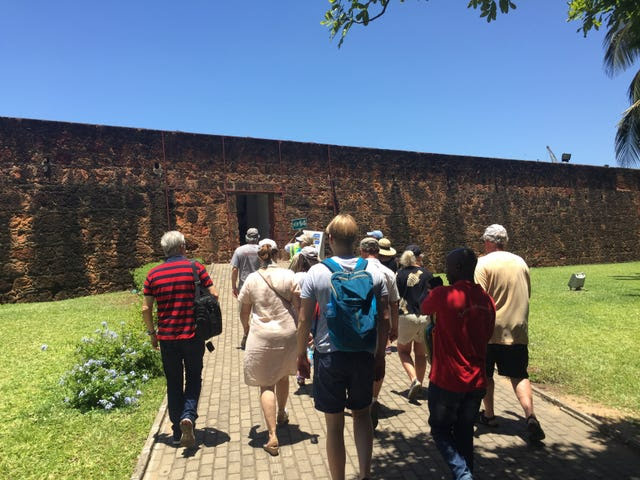 Highlights of a tours of Maputo, Mozambique include a visit to the small fort that once housed Portuguese soldiers.
Gene Sloan, USA TODAY

Like other cruises that focus on South Africa, the sailing also features on-board programming tuned toward the destination. During the Cape Town stay, a traditional South African dance group comes on board to perform. The trip also boasts a series of cooking classes by South African celebrity chef Jenny Morris and lectures by noted South African political analyst and author Daniel Silke.

The voyage is, notably, the first segment of a 114-day world cruise that will take Symphony from Africa to Australia to the Americas. In a sign of South Africa’s growing allure for cruisers, it’s the first world cruise from any line to start in the country.

Sailing since 1995, Symphony long has been known as one of luxury cruising’s finest vessels, and it has just emerged from a massive makeover that has left it sparkling. The upgrades brought a major overhaul of the vessel’s dining options including the addition of a new Asian eatery and Brazilian steakhouse. Also revamped were several lounge areas, and an entire deck of cabins was reconfigured to create 40 new suites. 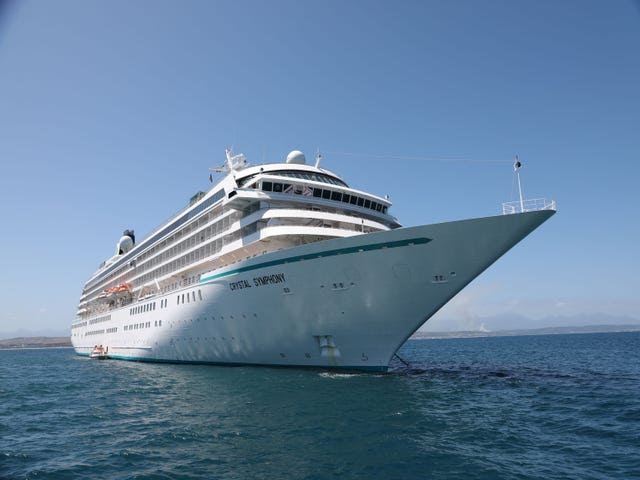 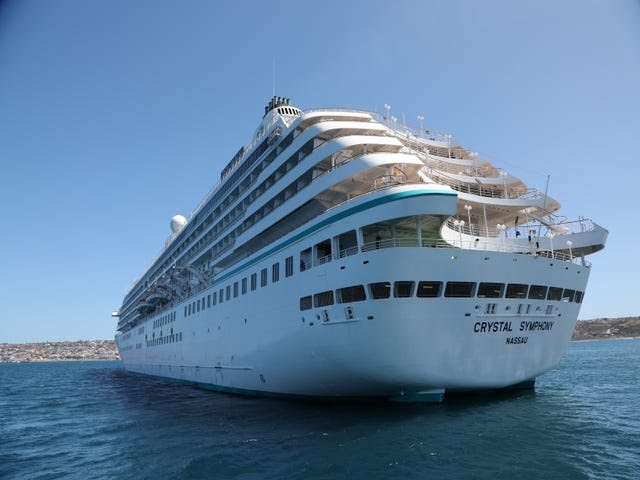 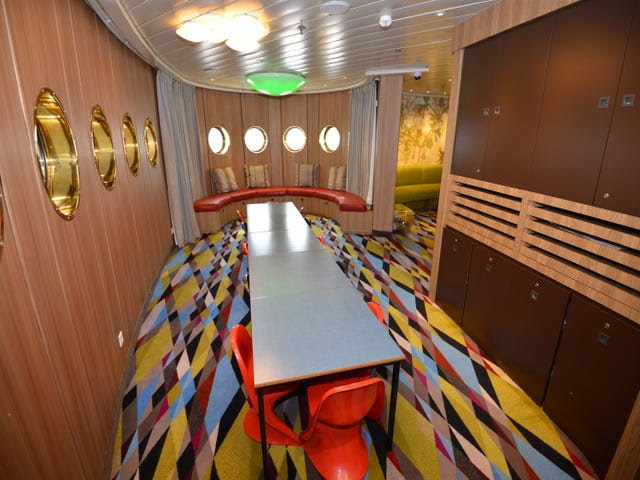 Still, for many passengers on this South Africa sailing, the renewed elegance of the vessel is almost an afterthought.

“We booked this specifically because it had the off-the-ship safari opportunities,” says Joe Wurz, a 66-year-old retiree from Syracuse, N.Y. who along with his wife is on his 10th Crystal cruise.

Other lines offering South Africa sailings over the coming year include MSC Cruises and Ponant. MSC is the market leader in the region with more than two dozen voyages each winter out of Cape Town and Durban. Designed for quick getaways, the trips are just three- to five-nights in length and start at $429. Ponant typically offers at least one South Africa-focused sailing each winter. Its next South Africa voyage starts March 24 in Cape Town and is an eight-night trip to Durban with calls at Port Elizabeth and Richards Bay. Fares start at $4,254.