How to Book the Perfect Cruise Holiday: Everything you Need to Know 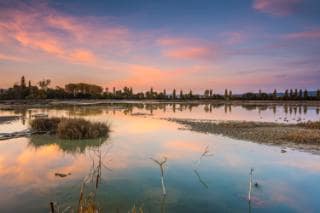 The Northern Lights? A sun-and-sea cruise book-ended by a city stay? A multi-destination voyage that enables you to tick off several places on your wish list?

To the uninitiated, cruising can seem like a minefield. There are hundreds of ships and many more waterways from which to choose. You may have read or heard about cruises on Europe’s rivers, sailings around the Mediterranean coast or trips to a far-flung destination such as Alaska. Indeed, the breadth and scope of cruising itineraries is mind-boggling.

Daunting though it may sound, the good news is that there are very few places to which you can’t cruise; indeed, most of the world can be considered. This means that the chances of finding the holiday you’re looking for are high. As you would with any other trip, set your budget and decide what type of experience you want. If you prefer not to fly, that’s also possible as many voyages depart from UK ports. Here is a check list to help you along.

In Europe ocean cruises can take you north to the Baltic; to the fjords or the Arctic’s North Cape, both in Norway, or to Iceland. Head south and you can cruise the Mediterranean or the Black Sea. There are also voyages around the UK. Rivers suitable for cruising straddle much of Europe and include the Rhine, Moselle, Danube, Rhône, Seine, Elbe, Dordogne, Garonne and Douro.

In North America ocean cruises can take you up the East Coast, usually from New York, and along the St Lawrence in Canada; from Florida to the Caribbean; up the West Coast to Alaska from San Francisco, Seattle or Vancouver, and south to Mexico. And don’t forget the passage that takes you across the pond – including Cunard’s classic transatlantic voyage.

Navigable rivers in the US include the Mississippi, the Columbia and Snake rivers in the Pacific Northwest and the St Lawrence. In South and Central America, ocean cruises can take you along the east or west coast (or both) via the Panama Canal and around Cape Horn. Some itineraries include the Chilean fjords and Falkland Islands. Both river and ocean ships feature the Amazon.

In Asia, ocean cruises can take you to almost any country with a coastline, including Thailand, Burma, Vietnam, Malaysia, Singapore, Indonesia, India, China, Japan and South Korea. Rivers that you can cruise include the Mekong, the Irrawaddy and Chindwin in Burma, China’s Yangtze and India’s Brahmaputra and Ganges. In the Pacific and Australasia, ocean cruises can take you to Hawaii, Fiji, Tahiti, Australia and/or New Zealand.

Once you have chosen your destination, decide what you want to do while sailing and ashore, and how much travelling you are comfortable with.