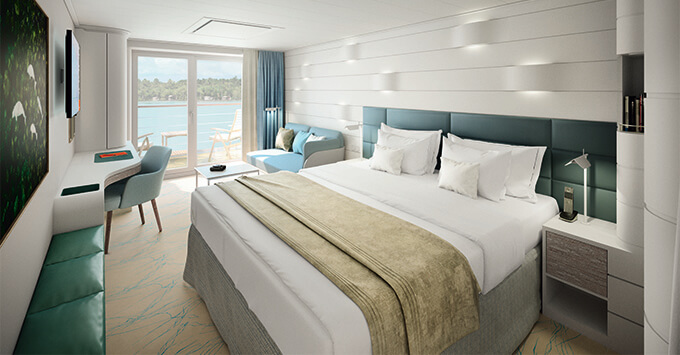 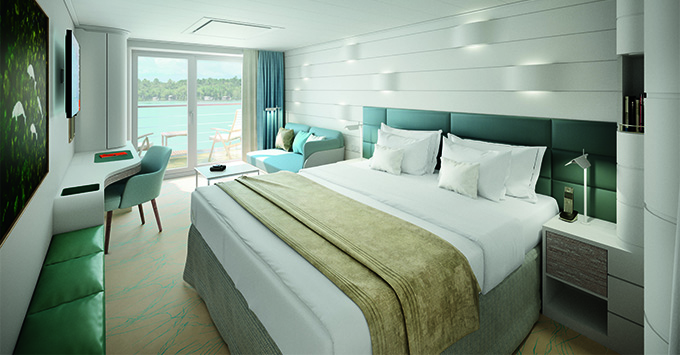 (3:45 p.m. EST) — When Hapag-Lloyd’s twin cruise ships debut in 2019, they’ll combine traditional expedition, high-end luxury and green technology — along with a whole lot of outside space, including an area on the bow that allows passengers to view the exotic destinations the ships visit.

Karl Pojer, CEO of Hapag-Lloyd, unveiled details of the 230-passenger ships Thursday at a press gathering in New York City.

“If you want to be on top, you have to deliver quality,” Pojer said of the ships, which will debut in April 2019 (Nature) and October 2019 (Inspiration). 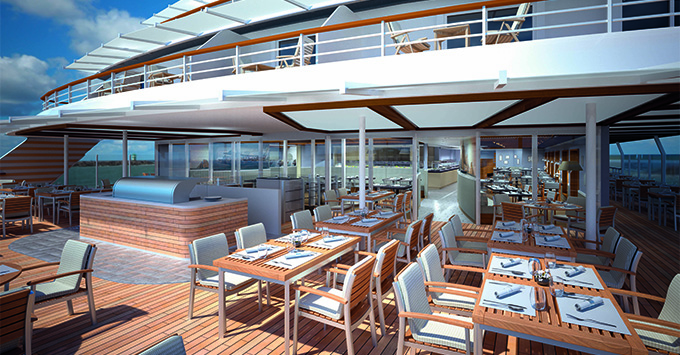 Among the highlights revealed Thursday: 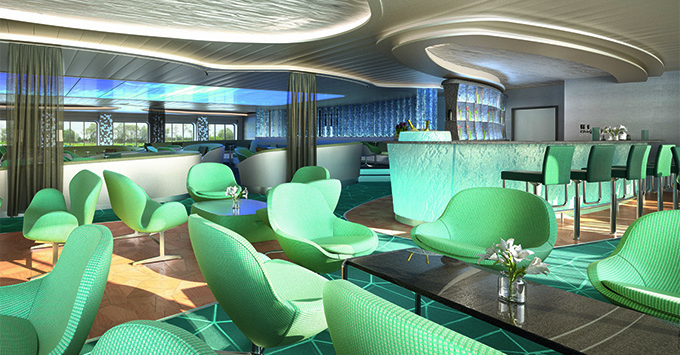 Pojer described the Hanseatic vessels as five-star ships, and the company is firmly targeting luxury travelers, an area the CEO said is “shifting from having to being.”

Each ship will accommodate 230 passengers (199 on Antarctic and Spitsbergen circumnavigation itineraries), and include two tender boats and 17 Zodiac inflatable boats for excursions, a marine deck, 120 cabins and 175 crew. Ships also will feature spas, gyms and pools, which have retractable roofs. A retractable multipassenger glass balcony will extend over the water, some 15 meters about the sea. All excursions are included in the cruise fare.

Inspiration and Nature virtually will be carbon copies — they use the same blueprint. But in addition to the language differences (due to the varying markets), the featured restaurants will be different, as will the color schemes in cabins and some public spaces. Hanseatic Inspiration will target international passengers from the United States and the United Kingdom, as well as Australia, among others.

The two ships join Hapag-Lloyd’s expedition fleet, which already includes Bremen, also geared-toward German-speakers. The original Hanseatic ship, a Hapag-Lloyd charted ship, will leave the fleet in October 2018, returning to the owner. Bookings for Inspiration and Nature will be available January 29.

And while a lot of thought went into the design of the ships themselves, Pojer firmly believes there’s more to a cruise than the hardware: “We at Hapag-Lloyd are not trying to sell cabins,” he said, “we’re trying to sell emotion and experiences.”