Expedition cruise experiences around the world 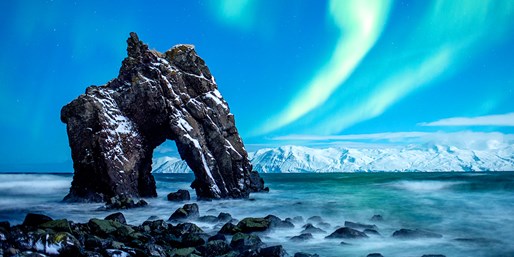 From plunging into the waters in a submarine to riding the Kimberley’s extraordinary Horizontal Falls, Jane Archer rounds up the standout expedition experiences on offer around the world.

When the liability waiver form you sign before sea kayaking in Svalbard mentions polar bears and leopard seals, you know an adventure awaits. G Adventures’ kayaking tours in the freezing Arctic waters are not for the faint-hearted, and you do need to be physically fit, but if you can tick all the boxes, an unforgettable adventure awaits. Guides take kayakers into sheltered bays and fjords for a different perspective on the grandeur of the region and to get closer to wildlife. The kayak programme, available for
a maximum 10 people in the Arctic (20 in Antarctica), must be booked in advance and costs from £599 per person for at least four outings per cruise, weather permitting.

“Guides take kayakers into sheltered bays and fjords for a different perspective on the grandeur of the region.”

Book it: G Adventures’ 11-day Realm of the Polar Bear in Depth cruise round-trip from Longyearbyen starts at £3,314 per person, based on quad cabin share and departing July 13 (cruise-only).
gadventures.co.uk

Who says waterfalls have to tumble vertically over a cliff? Cruise the Kimberley in Australia with APT and you can have a thrilling boat ride on churning water on the Horizontal Falls – a strange phenomenon where millions of gallons of sea water races through a narrow gap in cliffs in Talbot Bay, when the tide is either rising or falling, creating a waterfall effect without the drop. It’s too much fun to miss, so full marks to APT for including the ride among a long list of complimentary only-in-the-Kimberley experiences during the cruise (crocodile spotting in a Zodiac, anyone?).

“Millions of gallons of sea water races through a narrow gap in cliffs in Talbot Bay creating a waterfall effect without the drop.”

Book it: APT’s 10-day Grand Kimberley Coast cruise from Broome to Kununurra costs from £8,285, departing August 8 and including flights.
aptouring.co.uk

Set the dial to action because we’re going exploring inside a lava tube on a tour of Iceland’s Snaefellsnes Peninsula with Hurtigruten. Offered this summer on expedition ships Fridtjof Nansen and Fram, the tour involves plenty of adventure, including a hike through volcanic landscapes and past deserted fishing villages – but the most exciting bit kicks in at Vatnshellir Cave, where guests follow in the footsteps of Jules Verne’s hero Professor Lidenbrock in the novel Journey to the Center of the Earth. They might not go quite that far, but they do descend 35 metres into a cave created at least 6,000 years ago. The seven-hour tour costs £185 per person, with helmets and torches provided.

“The tour involves plenty of adventure, including a hike through volcanic landscapes and past deserted fishing villages.”

Book it: The 15-day Iceland Expedition cruise from Reykjavik to Hamburg
on Fridtjof Nansen starts at £4,281 (cruise-only), departing September 6.
hurtigruten.co.uk

Just when you thought a cruise to Antarctica alone scaled the heights of thrilling, along comes Scenic’s expedition yacht, with a high-tech submarine that can explore the freezing polar world beneath the waves. Custom-made for Scenic Eclipse, the sub, aptly named Scenic Neptune, seats seven people (six passengers, one pilot) in air-conditioned splendour and can dive down to 300 metres in search of life beneath the ocean – a jellyfish or passing whale, or perhaps the bottom of a giant iceberg. Scenic has thoughtfully put the seats on revolving platforms so passengers can swivel around during the experience and never miss a thing. Dives are weather dependent, with prices from $250 per person for 20 minutes.

“Scenic’s expedition yacht, Scenic Eclipse, has a high-tech submarine that can explore the freezing polar world beneath the waves.”

Book it: A 16-day Antarctica in Depth cruise round-trip from Buenos Aires (the ship departs from Ushuaia) costs from £12,715 per person, including international and domestic flights on November 8.
scenic.co.uk

Aurora Expeditions started offering skiing in Antarctica this season after a successful trial the previous year. With no one to groom the slopes, this is real off-piste skiing, so participants – the maximum is 10, which can include snowboarders – have to be experienced and fit (there are no chairlifts). Rules state you must not get within five metres of the wildlife, so no hitting penguins that have strayed onto the piste. Ski trips are weather dependent and available early in the season only, with prices from $1,260 per person for up to eight outings.

“With no one to groom the slopes, this is real off-piste skiing, so participants have to be experienced and fit.”

Book it: A 12-day Spirit of Antarctica cruise round-trip from Ushuaia costs from $11,795, departing November 14, 2021 (based on a triple-share cabin, cruise-only).
auroraexpeditions.com.au

It’s time to head back into the water – but this time in the warm climes of tropical Queensland, on a Coral Expeditions Great Barrier Reef cruise that’s dedicated to snorkelling and scuba diving. Three and four-night adventures visit various bays, reefs and islands, but for Britons going all the way to Australia, it makes sense to tack the two cruises together to create a week of marine memories. There are complimentary guided snorkelling trips most days as well as free introductory scuba skills sessions, while experienced divers can explore deep down on the reefs with qualified instructors. Prices for certified and non-certified divers start from around £47 and £55 respectively.

“There are complimentary guided snorkelling trips most days as well as free introductory scuba skills sessions.”

Book it: A seven-night Immersive Reef voyage starts at around £1,954 per person cruise-only, departing round-trip from Cairns every Monday and Friday this year.
coralexpeditions.com

Who can resist the chance to hike up to Cape Horn, the towering promontory at the southernmost point of South America that guards the northern end of the Drake Passage? Hop on one of the voyages around Patagonia with cruise line Australis and you can, sea conditions permitting – it’s the stormiest sea lane in the world. Cruises are only four nights but pack in activities: hikes up mountains, on glaciers and to remote lighthouses. This year there’s the added attraction of following in the footsteps of explorer Ferdinand Magellan on the 500th anniversary of his first sailing across the Magellan Straits.

“Cruises are only four nights but pack in activities: hikes up mountains, on glaciers and to remote lighthouses.”

Book it: From $2,670 per person cruise-only for a four-night Patagonian Explorer cruise from Ushuaia to Punta Arenas, departing October 3.
australis.com/en

A wild time is on the cards – literally – as Hapag-Lloyd Cruises’ expedition ship Hanseatic Inspiration sets sail around South Africa in search of lions, rhinos, leopards, elephants and buffalo. There are kayaking tours on the Nahoon River to spy kingfishers, cormorants and other local birds from East London (in the south), but those who prefer to take it easy can join open-top Jeep safaris into game reserves most days and seek out the big five as well as giraffes, hippos, ostriches and more on calls at Durban and Port Elizabeth. Night owls can even venture out after dark looking for sea turtles on an overnight call into Richards Bay. The safaris cost extra and wildlife sightings are not guaranteed.

“Those who prefer to take it easy can join open-top Jeep safaris into game reserves most days and seek out the big five.”