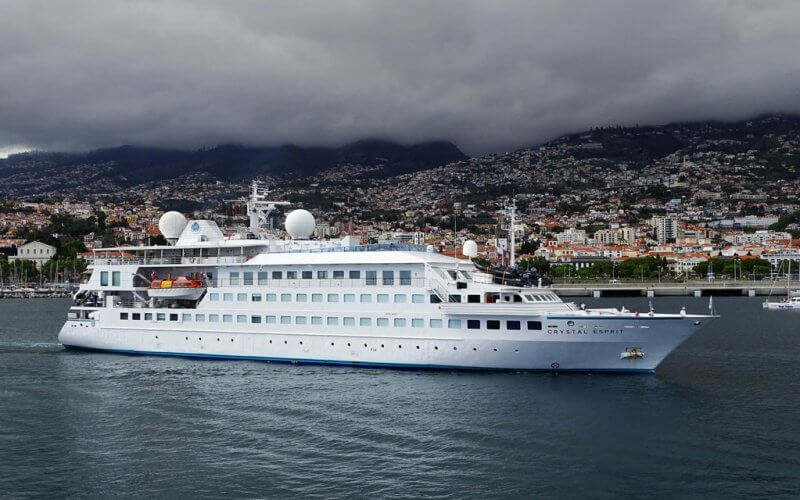 A number of new options are available, with dozens of seven- and eight-night options on the 62-guest ship, including 11 new itineraries, including five in the Greek Isles; four along the Amalfi Coast and French and Italian rivieras; the United Arab Emirates; and the Holy Land.

“The scope of choices available to Crystal yacht guests in 2022 and into 2023 blends some of the world’s most famously captivating destinations with less visited spots, including harbors not accessible by larger vessels. We continue to listen to what our guests want most and are thrilled to add more voyages in those regions,” said Mark Spillane, Crystal Yacht Cruises’ director of sales and marketing. “Crystal Esprit was made for destinations like the Seychelles, the Italian Riviera, the islands of Greece and Cyprus and Capri – places ideal for exploring in the carefree atmosphere of a private yacht, with the exceptional onboard experience and service for which Crystal is celebrated.”

Among the highlights are intensive Greek cruises with 12  seven- and eight-night voyages on offer. Ports include Mykonos and Santorini in response to guest demand; a morning call to Delos, allowing guests to explore the UNESCO Site before most other visitors; Hydra and others, as well as Nydri/Lefkada and Parga on the western shores of the mainland. Select itineraries also feature calls to the Peloponnese region and Corinth Canal and Turkey’s Turquoise Coast in Kas, Kuşadasi, Bodrum and Kalkan;

Springtime Mediterranean riviera voyages for back for the first time in three years, with six-, seven- and eight-nights, with calls in Nice, Monte Carlo, St-Tropez, Capri and Porto Venere, as well as calls to Cannes, Corsica, Marina di Carrara, Positano, Portofino and a maiden call to Otranto, the gateway to the baroque city of Lecce.

The ship moves to the Holy Land in the spring and fall, with one eight-night option and three 11-night options calling on Cyprus, Israel, Egypt and Jordan, with several overnights offered in Larnaca, Ashdod and Aqaba on select sailing.

A return to the Seychelles is on tap in early spring with eight seven-night voyages round-trip from Mahé in 2022 and nine seven-night options in 2023.

Warm winter sailings along the Arabian Peninsula, with six- and seven-night January voyages and nine- and 11-night December voyages bookend the year.