Celebrity Edge: Is this the future of cruise ships? 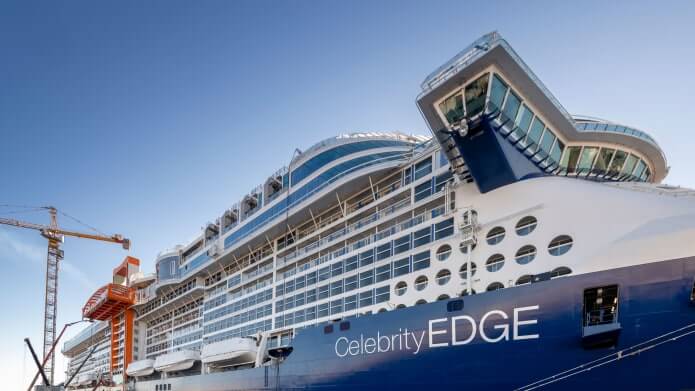 Celebrity Edge: Is this the future of cruise ships?

Francesca Street, CNN • Published 20th September 2018
Saint-Nazaire, France (CNN) — In an age of ever-bigger cruise ships, it can be hard to stand out without constructing something the size of a small city and pushing it out to sea.
Now, instead of just ramping up the scale of their vessels, cruise operators are starting to innovate with boat design, ripping up the rulebooks on marine engineering to create something very different.
The latest example of this is Celebrity Edge, a large — but not super-massive — vessel currently under construction in the Chantiers d’Atlantique shipyard on the northwestern coast of France.
From the outside, it might look like a standard, albeit glamorous, cruise ship.
But Edge has something unusual going on inside — an innovative endoskeleton design that owner Celebrity Cruises claims will make seagoing travel more epic than ever.
All previous large cruise liners have relied on centuries-old shipbuilding principles that require a solid hull to hold the vessel together. By shifting the spine to the center, Celebrity Edge’s sides have been opened up — allowing maximum light and the potential to create suites with incredible panoramic ocean views.
It’s been entirely designed using 3D technology, enabling engineers to push the boundaries of what’s possible, while still creating something that can float and withstand the rigors of plying the high seas.
Read Entire Article –>