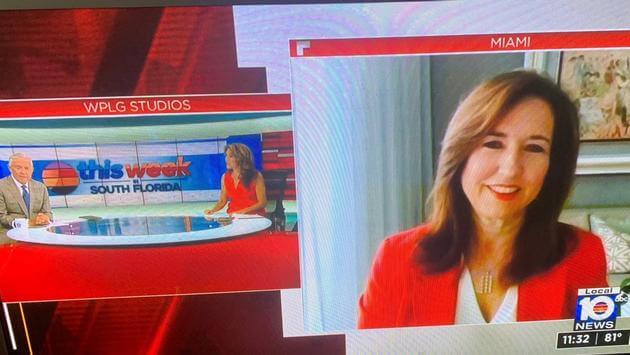 Big-ship cruising will not resume from U.S. homeports until lines get more “clarity” on what it will take to gain approval from the U.S. Centers for Disease Control and Prevention, Carnival Cruise Line President Christine Duffy said in an interview on WPLG’s “This Week in South Florida” TV program.

Duffy said the current Conditional Sail Order was issued by the CDC on Oct. 30 before there were widescale COVID-19 vaccinations.

“There’s also a great deal of information that has not yet been communicated to the cruise lines, from what will be required for test cruises, what kind of testing may be required,” Duffy said. “We really just don’t have the details or transparency or engagement with CDC that we need to begin sailing by this summer, which is such an important season for the cruise industry and for vacationers.

The interviewer asked Duffy if she thought the CDC was “dragging its feet.”

Duffy responded: “We respect, certainly, the CDC and the work that they are doing at a much broader scale, but at the same time, the cruise industry, as far as we know, is the only industry that has not been able to operate for more than a year since we voluntarily paused last March.”

She said cruise lines have worked together to develop extensive health protocols and presented them to the CDC. “We’re asking now for CDC to work with us so we can have clarity on what will be required to resume sailing from our US homeports.”

Duffy also noted that airlines are flying full planes, while theme parks and casino hotels have reopened. Cruise ships will initially sail with reduced capacities that allow for social distancing and other preventive measures. She also said that more than 400,000 people have taken cruises in Asia, the Mediterranean — everywhere but the U.S.

Duffy was asked if Carnival will move its ships to homeports in the Caribbean, Bahamas or Bermuda, as some of its competitors are doing.

“I’ve always said Carnival Cruise Line is America’s cruise line. We sail from 14 U.S. homeports all around the U.S. A large percentage of our guests actually drive to their cruise vacation and can do so in 5 hours or less,” she said. “So, we really do not want to have to move our ships out of U.S. homeports. There are several cruise lines that have already begun doing that. Because at some level, we will have no choice if we can’t gain clarity and alignment on what it will take to restart cruising from the U.S.

“But what doesn’t make sense is that somebody can get on a plane, cruise out of the Caribbean for June, fly to that cruise, take that cruise and come right back into the U.S.”