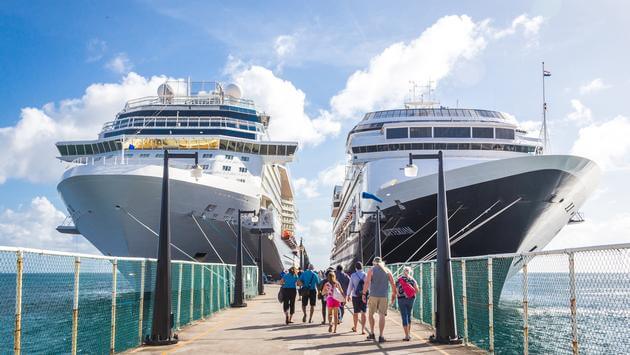 While the entire travel industry was hit hard by the effects of the pandemic, the cruise sector, in particular, ended up being singled out for scrutiny and often maligned in the press. Now that people have taken to traveling again, any evidence of its recovery is encouraging to see. And, the findings of a new study suggest that cruising is coming back in a big way!

The newly released results of an InsureMyTrip survey indicate that the overwhelming majority of U.S. travelers are planning on taking a cruise within the next two years. It also revealed that they’re not waiting for the traditional “wave season” to arrive before they book those voyages.

The travel insurance provider partnered with cruise comparison site CruiseCompete to poll American travelers who have been on a cruise in the past or are interested in cruising. When asked whether they were planning to go on a cruise within the coming two years, a whopping 96.1 percent of respondents answered “yes”, while only 1.1 percent said “no” and the remaining 2.8 percent just weren’t sure yet.

“The results of this survey show travelers are, once again, feeling comfortable cruising,” says InsureMyTrip Product Director Meghan Walch. “The cruise industry took a big hit during the pandemic. It is encouraging to see the cruise industry bounce back after a couple of tough years.”

Most Popular Months for Cruising

The research indicated that cruise-goers tend to travel towards the end of the year. According to these new data-driven reports, American travelers are most likely to want to go on their cruise in September, October, November and December.

With record economic inflation, it’s no surprise that travelers are now shelling out more money for their cruises. InsureMyTrip researchers identified the average cost of an insured cruise vacation thus far in 2022 as $6,367. Compare that to an average cruise cost of $5,420 in 2019, pre-pandemic.