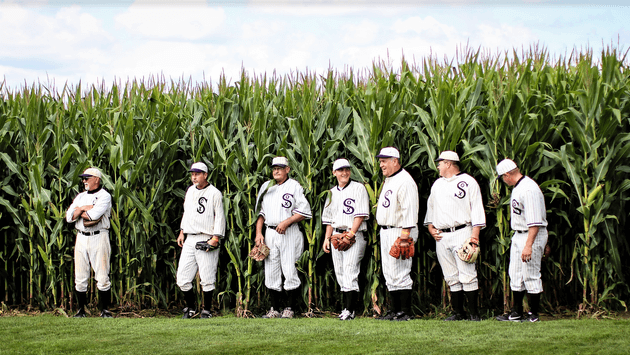 Baseball fans, this one is for you.

American Queen Voyages will introduce a new premium excursion experience later this month on its Upper Mississippi River trips that will allow fans to walk one of the sport’s most hallowed grounds.

The Field of Dreams.

Yes, the actual baseball diamond that was built out of a cornfield in Dyersville, Iowa – allowing the ghosts of baseball past the chance to come back and play the game again in the hit 1989 movie ‘Field of Dreams’ – will be offered as part of itineraries on the American Queen, American Duchess, and American Countess between St. Louis and Minneapolis.

Upon docking in the city of Dubuque, where much of the movie was filmed, a local guide will point out many iconic locations from Field of Dreams, including the local elementary school, University of Dubuque, and Central Avenue, which was transformed into Boston for the film that starred Kevin Costner, James Earl Jones and the late Ray Liotta.

Guests will arrive at the “If You Built It” exhibit to explore the story that inspired the film and view behind-the-scenes photos that delve into the making of Field of Dreams. ‘If You Build It, He Will Come’ was the key phrase in the movie that inspired Costner’s character to plow under his cornfield to create a baseball field that would honor his father.

At the actual Field of Dreams baseball diamond and farm from the film, guests may walk the bases, emerge from the corn beyond the outfield as the ghosts did in order to play, and take a break on the bleachers.

“Dubuque has played an important part in the rich history of riverboating in the U.S. and we are proud to be hosting American Queen Voyages’ paddlewheelers this season,” said Keith Rahe, president and CEO, Travel Dubuque. “A visit to Field of Dreams adds even more to the experience for American Queen Voyages guests, and we look forward to welcoming the fleet starting with the American Countess on July 22.”

The Field of Dreams Experience premium shore excursion is $99 per person. Independence Day Sale fares from $1,350 per guest are available on nine-day voyages between St. Louis (Alton) and Minneapolis (Red Wing) when booked by July 14, by contacting a travel professional, calling 833-598-0119 or visiting www.AQVoyages.com.