American Queen To Add American Countess As Fourth Boat in 2019 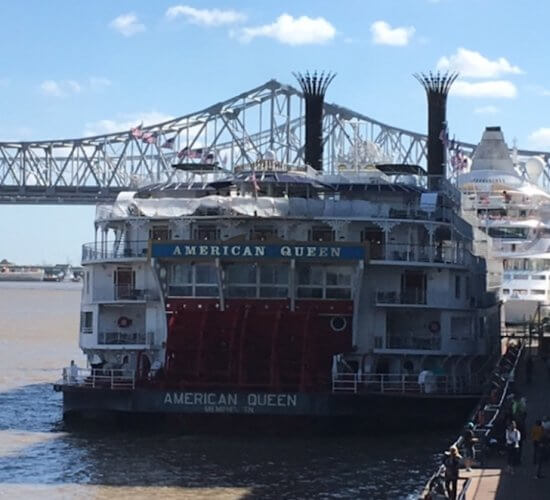 American Queen To Add American Countess as Fourth Boat in 2019 American Queen Steamboat Co. (AQSC) may have started slowly, having launched the 436-guest American Queen (pictured above), its first working steamboat in 1995, before

the company was relaunched in 2011 and then acquired by HMS Global Marine in 2013. American Queen itself was refurbished just six years ago and the company added the revamped 243-guest American Empress on the Columbia and Snake rivers in the Pacific Northwest in 2014.

But suddenly AQSC is in major growth mode. It launched the 166-guest American Duchess last August and now reportedly will add the 248-passenger American Countess, a former gaming boat, to its fleet in 2019.

American Countess, originally built in 1994 as the Kanesville Queen, will get a new paddlewheel and sail on the lower Mississippi, according to a spokesperson for AQSC. The new boat, which was acquired last year by AQSC, also will reportedly be decorated in a more vintage style that echoes American Queen, rather than the more modern American Duchess.

So why the sudden growth surge? Ted Sykes, AQSC president and chief operating office, has been saying for months that his ships are sailing full, so the company needs the additional capacity.

So does all this mean the Mississippi will get as crowded as some say European rivers have become? The answer is most likely not. So far Ol’ Man River seems to be rolling along despite all the new riverboat tonnage coming online. And at this point it doesn’t look like AQSC and ACL will face much if any competition from other river cruise companies. Viking Cruises said five years ago that it would build ships for the Mississippi, but as of now its efforts to do so have stalled due to U.S. laws and requirements that only American-owned companies can operate on U.S. rivers.