Alaska Joins Florida in CDC Lawsuit To Allow US Cruising 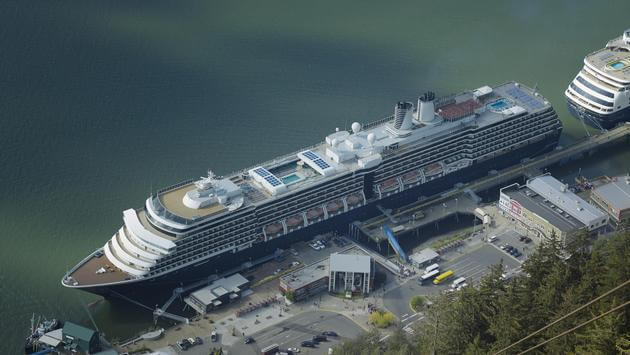 Alaska is joining a Florida lawsuit against the U.S. Centers for Disease Control & Prevention (CDC) in an effort to restore cruising in U.S. waters, Alaska Gov. Mike Dunleavy announced.

“Alaska has urged the CDC to withdraw or amend its Conditional Sailing Order to allow for a cruise season in Alaska,” Dunleavy said. “Alaskan families and small businesses need fast action to protect their ability to work and provide for their families. We have been told to follow the science and facts. Cruise ships have demonstrated their ability to provide for the safety of passengers and crew, and Alaska has led the nation in vaccinations and low hospitalization rates. We deserve the chance to have tourism and jobs. Alaska has already suffered an economic loss of $3 billion due to the cancellation of the 2020 cruise ship season and faces another (unnecessary) economic loss in 2021.”

The lawsuit challenges the CDC’s shutdown of the cruise industry on the grounds that it goes beyond the scope of the agency’s legal authority.

The governor also said the Conditional Sailing Order fails to recognize the cruise industry’s voluntary safety measures and the safe resumption of cruising in other countries.

Over 400,000 passengers have returned to cruising in nearly a dozen other countries, resulting in fewer than 50 confirmed cases of COVID-19.

“Through this lawsuit, Alaska seeks to protect its citizens and its interests by forcing the CDC to act within the limited authority Congress granted it,” said Alaska Attorney General Treg Taylor. “CDC simply does not have the authority to arbitrarily shut down an entire industry.”

Dunleavy said the Conditional Sailing Order doesn’t take into account the high vaccination rate of Alaskans – 40 percent of adults over 16 in Alaska are already fully vaccinated and 47 percent have had at least one vaccine shot.

Earlier this week, the U.S. House of Representatives joined the Senate in introducing bills to revoke the no-sail order.

Alaska still faces the challenge of Canada’s ban on cruising through February 2022. Dunleavy has signed a bill urging the U.S. Congress to exempt cruise ships from the Passenger Vessel Services Act (PVSA) while Canadian ports are closed to cruise ships carrying more than 100 people.

The PVSA now requires foreign-flagged ships – which most modern large cruise vessels are – to visit a foreign port between sailing to and from U.S. ports. Alaska cruises usually stop in Vancouver or Victoria, Canada. And Canada has banned large cruise ships from its waters through February 2022, a move that virtually blocks Alaska’s 2021 season, except for the smallest passenger vessels.