Airbnb’s worldwide experiences adapt to the times and move online 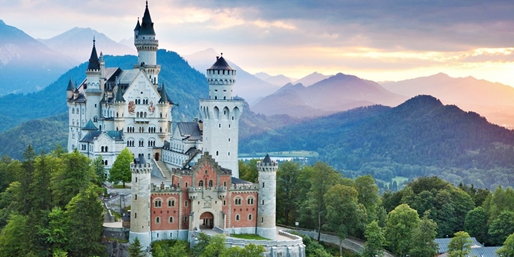 I was the second person to arrive at the Scottish farm on a recent weekend afternoon. The first guest was a woman from Dublin, who was wearing a beanie under a darkening blue sky. More people trickled in, from Massachusetts, California and London. Finally, our Airbnb host appeared, her rosy cheeks and wind-whipped hair filling my laptop screen an ocean away.

“Without further ado,” Beccy said after a quick introduction to our event, “I am going to show you Scotland.” The camera cut away from her face to reveal a snippet of a country none of us could visit but we all longed to see.

Beccy is one of hundreds of people around the world who lead specialized tours, courses and excursions through Airbnb Experiences, an arm of the short-term-rental company. In mid-March, amid the global coronavirus pandemic, Airbnb suspended its in-person outings through at least April. Less than a month later, the program re-emerged with a new name, Online Experiences, and a new hook: The hosts would offer their activities on the video conferencing app Zoom, making the necessary adjustments to fit the new format. In Beccy’s case, she turned her Tea with Naughty Sheep, which was basically high tea with the Herdwicks, into Guided Meditation with Sleepy Sheep. Guests were encouraged to bring a soft blanket or a plush toy as a substitute for the woolly animals.AD

Airbnb officially launched the feature last week with 50 experiences helmed by experts and guides based in Europe, Asia, Latin America and the United States. Less than a week later, the number has grown to 75. And more will come — hundreds if shelter-in-place directives continue.

Like their predecessors, the online experiences are thematically and culturally diverse, with no two activities alike, even if they share the same home country or focus. For instance, options coming out of Japan include a primer on Tokyo anime and subcultures, and meditation with a Buddhist monk. For South Africa, a Cape Malay chef teaches a class on curry and a Capetonian shares his personal history growing up under apartheid. South of the U.S. border, guests can learn how to make salsa three ways or create a postcard with a Oaxaca artist and cartoonist. If the postponement of Tokyo’s Summer Olympics and Paralympics has added another dark slash on your wall calendar, you can still get your Games on with sessions led by Olympic and Paralympic athletes from Belgium, the United States and the United Kingdom. (Most of the programs are workouts for the body or mind.)

The prices for the experiences, which typically last from an hour to 90 minutes, are consistent with the cost of a standard tour or excursion. A few are free, such as Meet the Animals of Little Tail Farms in Dunlap, Tenn., and a handful tip the scale in the other direction, such as Meet the Dogs of Chernobyl in Ukraine ($52). However, most fall in the under-$20 range. In addition, the Zoom connection is complimentary, and the price is per household, a boon for large families sheltering under the same roof. Several experiences have already sold out on select dates, including a Cello Meditation Concert, from the Netherlands; Remote Rescue Goats in New York’s Catskill Mountains; the Chernobyl dogs; and Beccy’s sheep.AD

The pandemic and skin care

After nearly a month of working from home, I have a lot of pent-up travel-planning energy. So, no surprise, I pounced on the experiences the day they were released, hungrily eyeing the menu of options. But when it came time to commit, I kept a level head, relying on the criteria I employ for all of my trips: subject matter, level of interaction, price and availability. I also had to consider a new set of factors, a consequence of the coronavirus. I live in an apartment with hardwood floors, so I had to rule out the Irish dance class and the Brooklyn roller-skating dance party to avoid unnerving my neighbors. I have limited kitchenware, so I had to pass on the Chinese steamed-bun class. The flour shortage threw cold water on the Italian pasta lessons.

I decided on a trio of experiences that promised a high bar of engagement and entertainment. (I felt too restless to sit still for a concert, even one performed on a secret houseboat in Amsterdam.) My plan was to start the day meditating with the sheep and spend the lunch hour concocting body and face scrubs with a beauty expert in Milan. Later that night, I would trade in my crafts smock for sequins for a drag queen and sangria spectacular in Lisbon. I booked each experience, received confirmation emails with Zoom links (or so I thought) and set my alarm clock. I went to bed feeling that familiar combustion of emotion that precedes any trip: the anticipation of a looming adventure mixed with anxiety about sleeping through my reservation.AD

Even when you can’t travel, you can still bring the sounds of a far-off city to you.

I rose a half-hour before the 4 a.m. start time and realized that the email did not contain the link. I messaged the host and the Airbnb help desk and fell asleep waiting for a reply. Beccy responded later that day and apologized for the glitch. I rebooked for the following afternoon at the more alert hour of 1 p.m. (Because the hosts and participants live in different time zones, the outing times are not always convenient for everyone.) The hiccup affected my lineup. My second experience — the Skincare and Natural Cosmetics Workshop — was now my first.

While waiting for the other two guests to arrive, Beatrice, the Italian host, and I chatted about the two most appropriate topics for these circumstances: the pandemic and skin care. Beatrice has been sequestered at home since late February. She had to close her studio, where she taught visitors how to make natural beauty products. Now, she was working out of her house, using a floral towel as a backdrop.

“Online, it’s very difficult to make a face cream or a body cream,” she said, apologetically. “Today, I will make two easy scrubs. These recipes are really effective.”AD

The online description of the event included a list of ingredients to bring to class. I arrayed small bowls around my computer, being careful not to drop any sticky or granular substances on my keyboard. Beatrice showed us how to make a face scrub out of sugar and honey. She said we could also use the exfoliant as a mask.

“Everyone has time to do a mask,” she said in a knowing tone.

We next combined vegetable oil and salt for a body scrub. Once we had more freedom to shop, she encouraged us to experiment with different oils. “In Italy, everybody has olive oil,” she said.

Before signing off, she told us that we could reach out to her with any skin-care questions. “Ciao,” she said, before going dark. I waved goodbye with my non-goopy hand.

“Oh my god! She’s frozen!” Miss Afrika exclaimed with mock horror a few minutes into the start of Sangria and Secrets with Drag Queens. Indeed, the guest from Tokyo looked like a bug stuck in amber. Eventually, her computer eased up and order was restored. Afrika flashed an electric smile lined in blue lipstick and framed by a groomed beard.AD

Our hostesses for the evening were Afrika, a trained chef from Colombia, and Irina Ganache, a Russian in a slinky, cleavage-boosting evening gown — Natasha Fatale with a domestic streak. A sign on the table read, “This kitchen is for dancing.”

Before the global crisis, the friends had thrown drag dinner parties and held drag makeovers and cooking lessons for locals and visitors. To adapt their show for an online audience, they had to simplify the menu. Instead of Portuguese dishes, we would make sangria from scratch. (Translation: No dumping fruit salad into a pitcher of wine.) We were responsible for our own get-ups.

Afrika told us that seven drag queens were riding out the pandemic together at LX Factory, the Drag Taste performance venue. (Hence, the shimmery Vegas-style stage and professional props, including wigs.) Three of the roomies sashayed out. I asked about the other two. A hand waggled from behind the camera.

We plunged into the cocktail recipe. Afrika prefaced nearly every step with “My darlings.” Under her direction, we darlings squeezed and quartered oranges and lemons, sliced apples, grated ginger, and boiled a simple syrup out of brown sugar, water, cinnamon sticks and fresh mint. When it was time to add the ice, the queens belted out “Let It Go” from the movie “Frozen.” Afrika taught us how to show high praise by moving our index finger like a slithering snake and hissing, “Yesssss!” We practiced. “Not ‘Joss,’ ” she said. “Yes.”

Before we could taste our creations, the quintet performed “Cell Block Tango” from the musical “Chicago.” The ice in my pitcher crackled. The drag queens moved to the front of the kitchen prep station for a more intimate toast. We raised our glasses and wished one another “Saude,” to good health.AD

The central-western region of Scotland was windy on the afternoon of our meditation. The strong breeze interfered with the audio, but I could still hear the trilling birds, the low hum of a tractor and the gentle rush of a stream. “This is a really rare place,” Beccy said to our group from all over the map. “There is no traffic or noise.” Except when it’s time to call the sheep home. “Cover your ears,” she warned. “I am going to shout.”

Four Herdwick sheep, and some haphazard chickens, trotted into the frame. “Baaa,” bleated Hamish. The image wobbled. “Benny is eating the phone,” she said. “You miss this all by not being here.”

In addition to tending the farm, Beccy works in the health-care field, specializing in treating anxiety and stress. After feeding the two youngest a bottle of milk — we tried to guess who would chug it the fastest — she taught us some stress-relieving exercises. We folded our arms and rubbed the upper portion of our limbs. We smiled. And we counted down our adrenaline from 10 to one. Beccy’s daughter, Rivkah, joined us. “I am usually teaching in the Dominican Republic,” said the yoga instructor.AD

Rivkah led us in a 15-minute meditation session. She told us to close our eyes. Her voice was transportive.

“Imagine yourself here in the barn, here with the sheep,” she said. “Feel the breeze. Hear the crunch of the straw under your feet. Notice the things that bring you joy.”

I followed her guidance and, for several blissful minutes, I was in Scotland with the sleepy sheep.